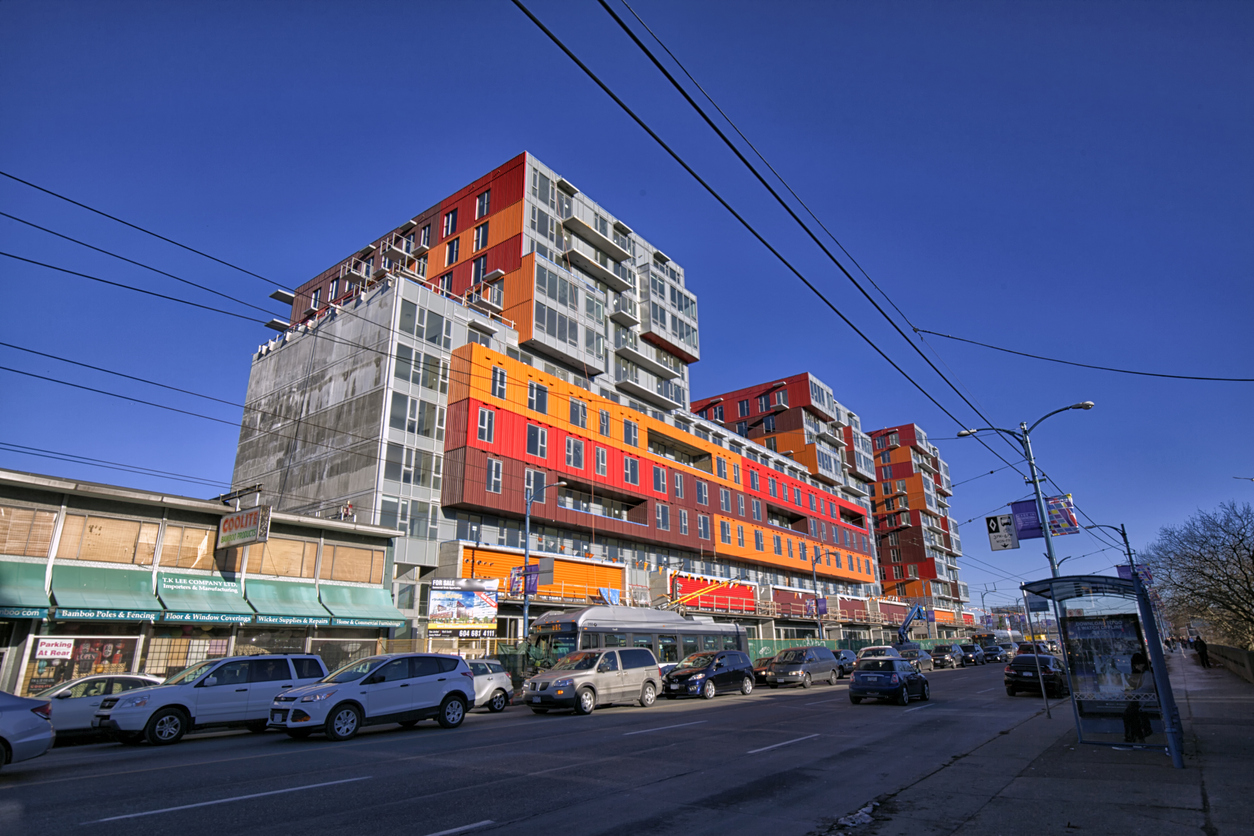 The Dangers of Vancouver’s Downtown Eastside

In more recent years, we’ve seen an increase in fentanyl-related overdoses surging in Vancouver, particularly in the downtown east side part of the city. With the rise of housing prices in Vancouver causing rising cases of homelessness and the influx of fentanyl found in street drugs, the city has been living in a state of public health emergency due to the opioid crisis since 2016.

There are a number of contributing factors that have led to such a high rate of fentanyl addiction in Vancouver when compared to the rest of Canada. It’s become the perfect storm for a widespread addiction that has created an opioid epidemic now spread out of control.

Since the 1980s, a lack of affordable housing in the Greater Vancouver area has contributed to people who have resorted to living on the streets, and have gathered in the downtown Eastside. During the 1990s, funding for a government social housing program was cut drastically, raising the population of the DTES, and further again in 2002 when cuts to the provincial welfare program were made. More and more low-income people resorted to living on the streets, with a great population now residing in Vancouver’s Downtown Eastside.

There are an estimated 6,000 to 8,000 people who reside on the Downtown Eastside of Vancouver. Over the past few decades, this area has now become a center of homelessness and rampant drug addiction.

There is undoubtedly a correlation between mental illness and drug addiction. It’s estimated that a staggering 74% of addicts living on the streets of Vancouver’s Downtown Eastside suffer from mental illnesses. When one suffers from undiagnosed, or improperly diagnosed mental illnesses or disorders, they often times will attempt to self-medicate with illicit substances as a means of coping.

Addiction can be present without a pre-existing mental illness as well, however. One doesn’t always necessarily equal the other – there are many factors that come into play when developing an addiction versus a habit, such as genetic predisposition, childhood trauma, and the drug of choice plays a role in how strong an addiction can be, fentanyl being one of the strongest drugs available. We do know that mental illnesses and disorders are major contributing factors into whether or not an addiction can develop from casual use or experimentation with drugs.

Why Are People Choosing To Use Fentanyl?

Knowing everything we know about fentanyl, it’s hard to imagine that anybody would knowingly consume this drug, with its unpredictable dosing, and a higher chance of overdose. While initially, people may choose to use heroin or other opiates such as Oxycodone or morphine, graduation into fentanyl use generally occurs for a few reasons.

While initially, they may not choose to use fentanyl directly, it’s unfortunately become so commonplace and found in other drugs such as methamphetamine, cocaine, or disguised as Oxycodone or street morphine, that eventually these people may find themselves ultimately addicted to fentanyl.

Less fentanyl is required to achieve the same high that other opiates provide, and it’s ultimately cheaper.

Sometimes addicts don’t realize that they’ve already unknowingly been using fentanyl, as it’s been laced in, or disguised as other drugs. The risk of overdose is much higher to somebody who doesn’t know that fentanyl is in the drugs that they’re consuming, as they’re unable to properly gauge a dose that will be more potent.

Since 2015 there’s been an influx of fentanyl flooding the streets of Vancouver, and at times it’s more readily available than the other opiates that people may be seeking. As of 2018, it was discovered that only 19% of street opioids contained what was expected – fentanyl was found more frequently in street drugs.

Fentanyl has a higher addiction rate than other opiates and can cause a physical addiction to the drug with only a single use. This leaves users more susceptible to a risk of physical addiction, with symptoms of withdrawal becoming more severe, and at times potentially deadly.

Signs of Fentanyl Use and Overdose

Because fentanyl is much more potent than heroin or other opiates, the risk of overdose increases exponentially, even from using what would have been a regular dose – it’s estimated just a few more grains of fentanyl can be deadly. In 2019, BC suffered from 971 drug-related overdose deaths.

It’s important to be able to recognize the signs of fentanyl use, and when those are heading towards an overdose.

Signs of somebody who’s using fentanyl are:

Signs of a fentanyl overdose are:

When somebody is overdosing on fentanyl, it’s a terrifying experience for them and those around them. If the person is using alone, there is a greater risk of death. If they’re using around others, there’s a chance that the people around them can either call for help or administer potentially life-saving Naloxone in an emergency situation.

Fentanyl Fears Beyond the Homeless Population

Because other street drugs such as cocaine are being cut with fentanyl, there is no discrimination to anybody who chooses to use cocaine or any other stimulants. Fentanyl in Vancouver has now become a concern to even those who don’t reside on the streets, or in the DTES. Anybody who is using drugs, even casually, is vulnerable to the risk of fentanyl-related overdose or complications. In 2018/2019, fentanyl was found in more than 85% of drug overdoses.

In recent years Naloxone kits have been given out and readily available to those who may need them, but even Naloxone isn’t a guarantee of a return from an overdose.

Coping with a drug or alcohol addiction isn’t easy. Whether you or your loved one is living on the streets or not, an addiction to fentanyl will ultimately destroy a person’s life. Quick action is needed to be taken to recover from fentanyl or opiate addiction.

Treating the disease, and not just the symptoms is mandatory. While detox can help with the immediate relief from the physical addiction, in order to avoid relapse, the underlying causes for addiction must be addressed.

Our team offers intervention help with addiction, recovery support and services, and ongoing counseling to prevent relapse. With the rampant amounts of fentanyl flooding the streets of Vancouver, it’s never been a better time to think about how sobriety can change your, or your loved one’s lives – before it’s too late.

We offer drug addiction intervention and counseling services across Canada, including the Greater Vancouver area, Calgary, Edmonton, and Toronto and other nearby cities in Ontario.