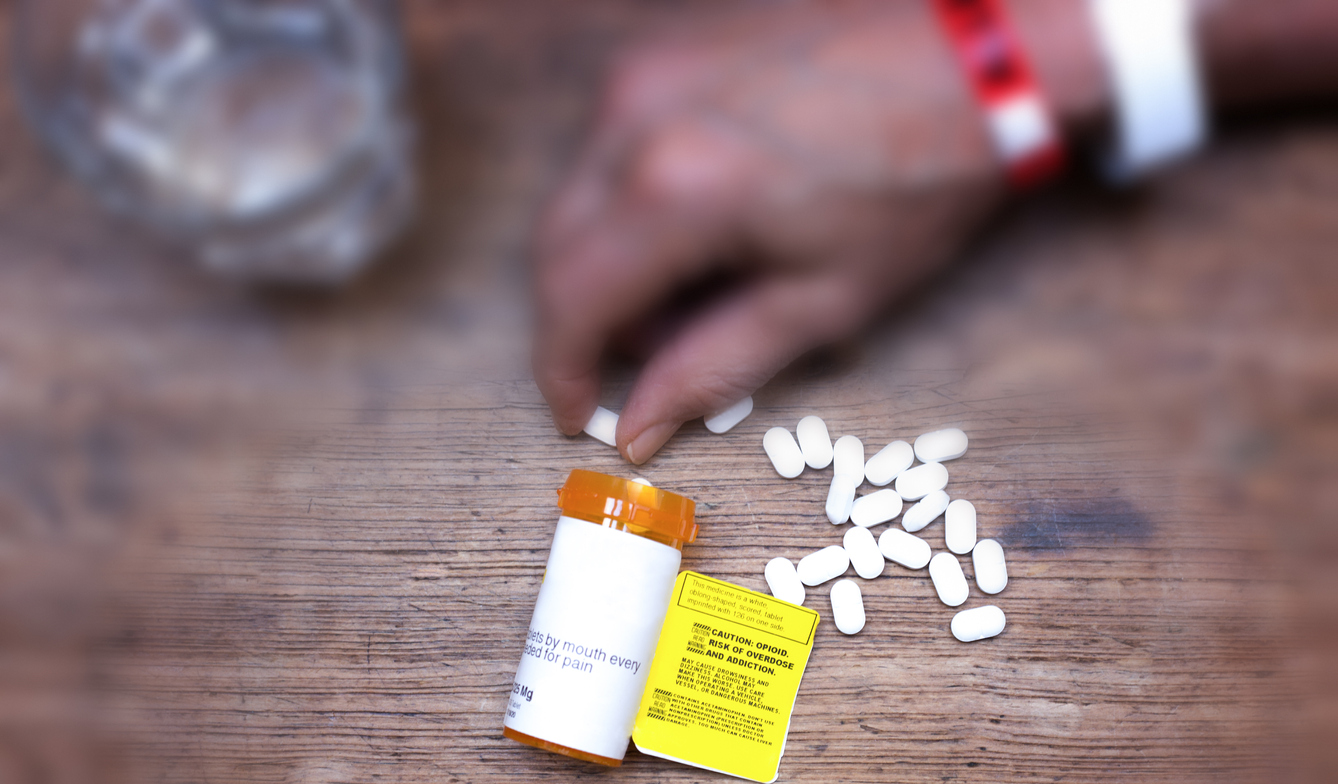 The Heroin And Opiate Epidemic In Surrey, B.C.

08 Mar The Heroin And Opiate Epidemic In Surrey, B.C.

The Heroin And Opiate Epidemic In Surrey

Heroin has emerged as a threat equal to or greater than cocaine in British Columbia, after posing less of a threat throughout much of the 1990s. This is an unfortunate and deadly trend that continued to accelerate over the next decade and a half.

Despite the growing attention to this threat opioid drugs continue to plague our Surrey streets and invade our homes. Large cities have long been the epicentres of illicit drug use and Surrey is quickly joining them. Today, heroin, other opiates, and the dangers and risks surrounding them including fatal overdose continue to reach epidemic proportions, the Greater Vancouver area least of all notwithstanding from this deadly plight.

It is estimated that about 23 percent of individuals in Surry who use heroin become dependent on it. These numbers remind us that heroin and opiate use and abuse are very real and devastating threats.

Facts About Overdose Deaths In Vancouver And Greater Vancouver 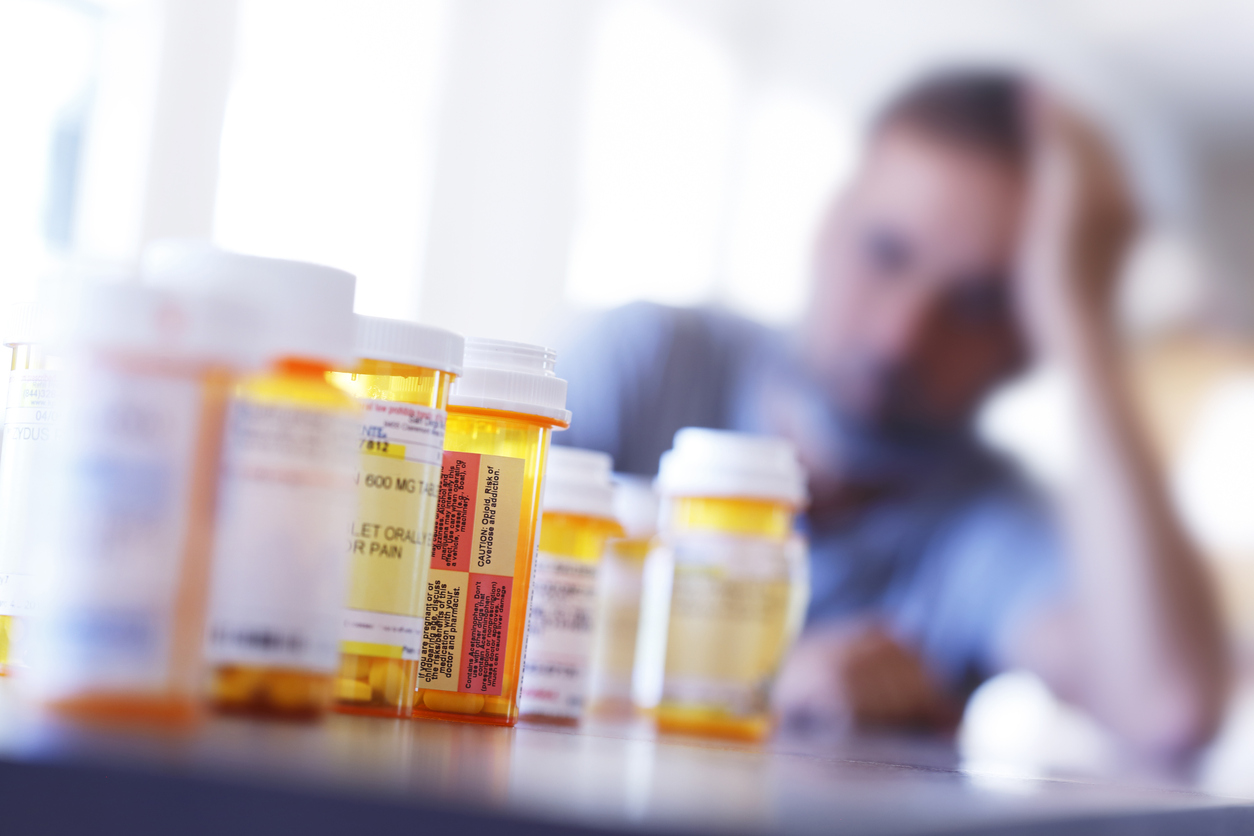 Decades of criminalization, an increasingly toxic illicit drug market and a lack of timely access to treatment and recovery services contributed to the deaths of thousands of British Columbians. COVID-19 further highlighted the precarious situation of those using drugs in B.C.

People are dying in Surrey and across B.C., from all walks of life, and leaving behind broken-hearted families, friends and colleagues. The discrepancy between what may be an all-too-prevalent public opinion and the stark reality of who is using these drugs in Surrey.

There are stereotypes of addicts that suggest that they are down-and-out characters, but heroin and opiates may be used by successful, educated and seemingly well-adjusted people. The epidemic is an equal opportunity, affecting people of any age, gender, social class, and ethnicity in Surrey, BC.

The ill-founded perspective mentioned can be dangerous in the fact that it could be smothering accuracy, and thus limiting access to the education, help, and treatment that someone struggling from drug abuse or addiction deserves.

Why Has This Drug Use Reached These Proportions in Surrey?

Some claim that the rising use of prescription painkillers is derived from their abundance. On the other hand, some attribute the rise in heroin to more stringent regulations on prescription opiates, paired with changes to these drugs physical makeup that makes it harder for a user to prepare them for illicit use (i.e. some pills are harder to crush, which in turn makes them harder to snort).

It may be both of these things as the nation became inundated with an influx of these prescriptions, people had greater access and began to use them illicitly, many of whom formed addictions. Some people may have begun using these drugs as doctors prescribed, only to find that they needed more to combat their pain, and after time their use may have transcended the bounds from proper, medically authorized use, to that of the illicit. Others may have stolen these drugs from someone who received them the aforementioned way, which is many times how a young person in Surrey breaks into opiate use, while others yet begin their use on the streets, procuring them illegally for illicit drug use right off the bat.

Regardless of how a person started, as more rigorous standards were put in place to safeguard against these uses occurring, many of these people turned to heroin to supplement their craving and addiction to a drug that in many cases had greater availability and a cheaper price. What is evident is that these are factors that, in sequence, set the stage for drug abuse that snowballed into the current outbreak of addiction that is crippling our country, our province and the Surrey area.

Another reason heroin is increasingly becoming more prevalent within many different social sects is because of its dropping cost. Previously a drug that was renowned to be somewhat expensive, it is currently at prices that make it much easier to obtain in the frequency and quantities that propagate drug use, addiction, and overdose. Even at prices higher than this, heroin is often cheaper and easier to get than prescription painkillers. Additionally, within the past two decades, heroin has become purer, allowing those who might be fearful of using the substance by injection access to using the drug via snorting or smoking. 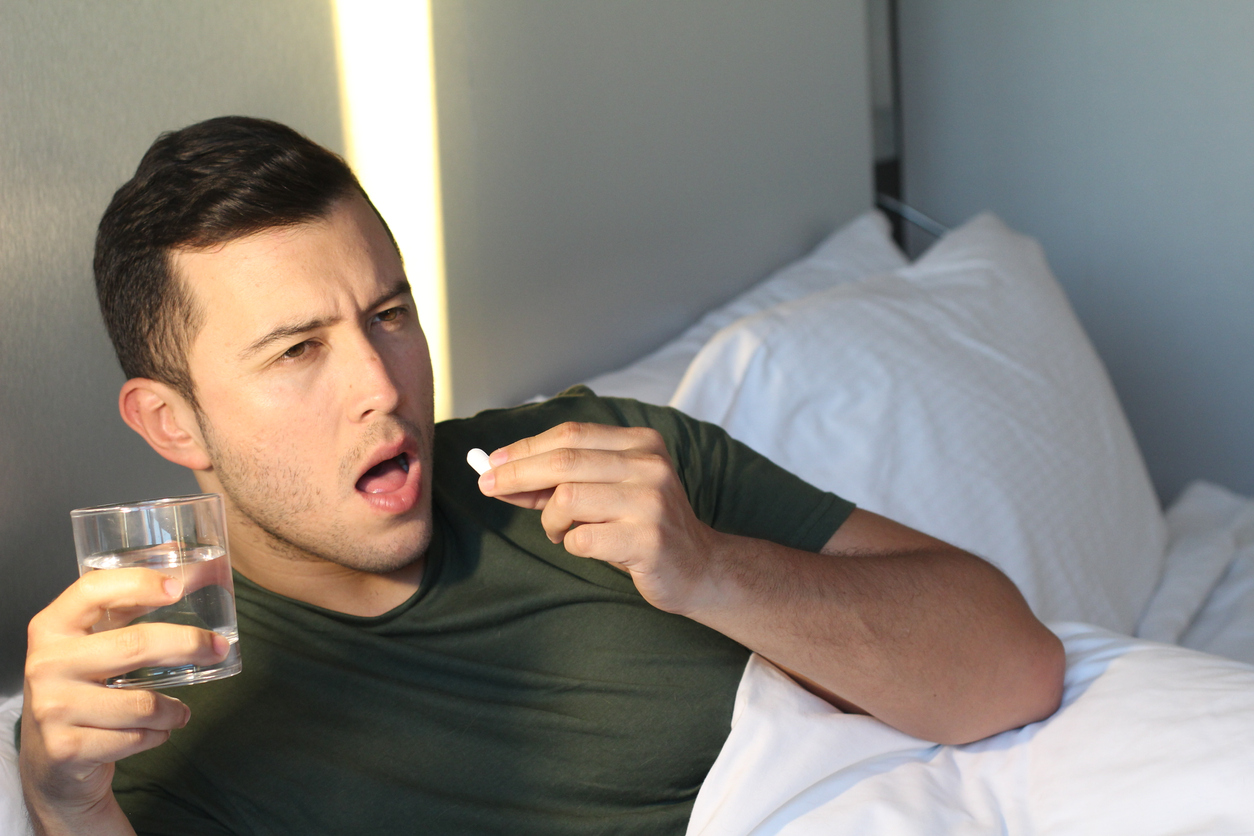 The problem with heroin use for both those who switch from pharmaceuticals, or for those who have consistently used it alone; is that its purity and strength are oftentimes variable. Especially right now during the pandemic as the drugs have become tainted with other chemicals and drugs from lack of supply getting across the border and into Surrey and the rest of the Lower Mainland. Even a seasoned heroin user runs the risk of overdose at any given time; every dose and every full syringe carries the potential to be cut or laced with another substance or drug or to be of strength or purity that even at the same dose, can be enough to cause a fatal consequence.

All opiates, including heroin and prescription painkillers, exert a powerful force on a user’s body and mind that equates to a high potential for addiction. Opiates release dopamine; one of the body’s essential neurotransmitters that are responsible for regulating systems of pleasure and reward. For this reason, a person can become psychologically addicted sooner than physically, however, due to the nature of the drug, the latter condition is often not far behind.

As people in Surrey use opiates, they begin to develop tolerances. When a tolerance takes hold, users require greater amounts of the drug than had before to achieve the euphoric effect that they seek. Even though they might feel tolerant of the amount they were previously using, their bodies are not immune to the toxic and dangerous effects that the drugs exert. As people use more, the dangers and risks increase, putting them in greater jeopardy of bodily harm, including coma and overdose, either of which may potentially result in death.

To understand why medications such as methadone are so critical to the opioid addiction recovery phase in Surrey, you need to understand how opioid addiction works. Opioids are narcotic pain medications that work effectively to treat pain by blocking the pain receptor sites in the brain and stimulating the reward centre of the brain. While it does not effectively take the pain away, it makes the user oblivious to the pain while experiencing a euphoric state. Once these receptor sites are triggered, a Surrey resident will feel more comfortable and an overall sense of peace. Drugs such as heroin and morphine have such a profound effect on these parts of the brain that once a person is no longer under the influence, it is much more difficult to feel happiness or pleasure. However, as is with most drugs, the body becomes accustomed to the drug, so more and more has to be used with subsequent use to achieve the same feeling. The body quickly becomes both physically and psychologically addicted to opiates and the high they produce.

Private methadone-assisted opioid addiction recovery treatment is commonly referred to as replacement therapy in Surrey, B.C. This is because methadone itself is an opiate agonist, which means that it binds to the same receptor sites in the brain that other opioids do, to trick your brain into thinking you are taking the same drug that you are trying to get off of. Because methadone is an opioid analgesic, it works very similarly to the opiates that a patient is addicted to. However, methadone is a medication and is not substituting one addiction for another because methadone acts very differently in the body. Methadone replaces the craving for opiates that recovering addicts experience, allowing the individual to continue through a recovery program without experiencing such an intense withdrawal or opportunities to relapse.

Methadone affects brain functions, specifically how the brain perceives and reacts to pain. By relieving the painful and distressing symptoms that come from an opiate withdrawal, methadone treatment allows the brain to block the side effects which, over time, results in sobriety. It’s important to understand that methadone treatment itself is not a cure-all for addiction, but rather a highly effective tool to help individuals regain sobriety and continue toward a drug-free lifestyle in Surrey, B.C. 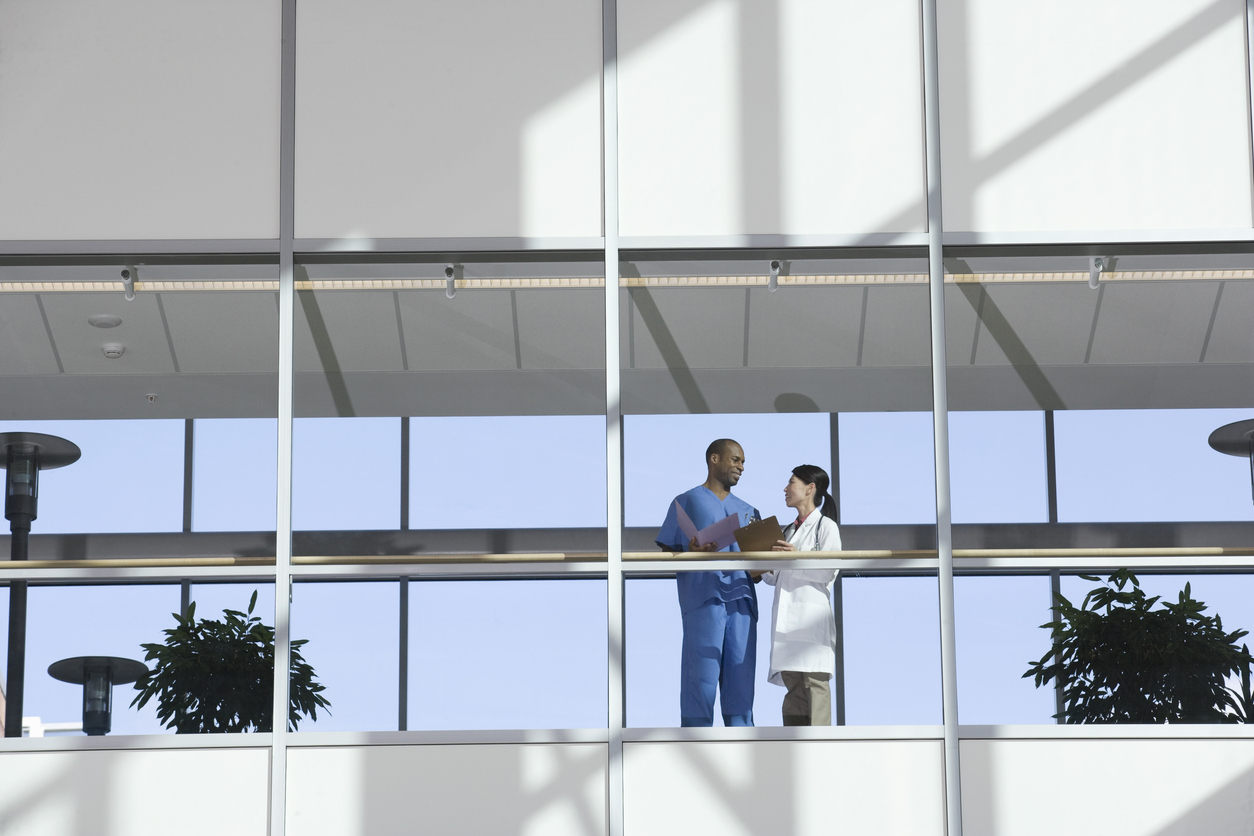 Abusing a prescription medication, alcohol or other substances harms your health and mind. It changes the way that you think about your situation and alters your ability to avoid the substance in the future. In many cases, alcohol dependence and drug addiction cause severe and uncomfortable withdrawal symptoms that make it hard to focus on recovery goals. By finding private detox centres that help eliminate the substance without a high level of discomfort, you have the chance to start making changes to your situation.

Private detox centres refer to facilities that allow your body to flush out drugs or alcohol in a safe environment. In general, a private facility provides a high level of discretion and helps maintain your privacy while you start working on recovering from addiction.

The key to selecting an appropriate program for your detoxification is the level of privacy you require. We will work with you and your family to select the most appropriate facility in Surrey for your individual needs. No two people are alike nor is their recovery plan.

The facilities in Surrey and elsewhere that we work with offer medical supervision, medication and solutions to help with unexpected problems so that you can focus on getting through the first steps of recovery. Expect some discomfort throughout the process since withdrawal symptoms often occur during recovery and detox. Doctors offer different options to help reduce the discomfort based on the severity of the symptoms and the possible risks associated with the drug, so discuss any concerns with a medical professional during the detox process or before entering a program.

The best programs for detoxification depend on your situation and the substance you abuse. When you want a private and discreet program, opt for a private facility that provides a high level of security and excellent luxury services to help you move forward and accomplish your goals. We can help you sort through the overwhelming options with you. You are not alone.

If this epidemic has hit you close to home if you’re fearful that yourself or someone close to you is in jeopardy of losing their lives to a heroin or opiate addiction, don’t wait any longer.

The private facilities we work within Surrey offer top-notch support from expert and compassionate staff. We’re standing by to answer any questions that you might have and to aid you in finding the tools, courage, and support that you need to begin walking on your journey towards sobriety, happiness, and health. Call us today at 1-­888-988-5346 or submit a contact form on our website and we can meet with you or your family within 24 hours.