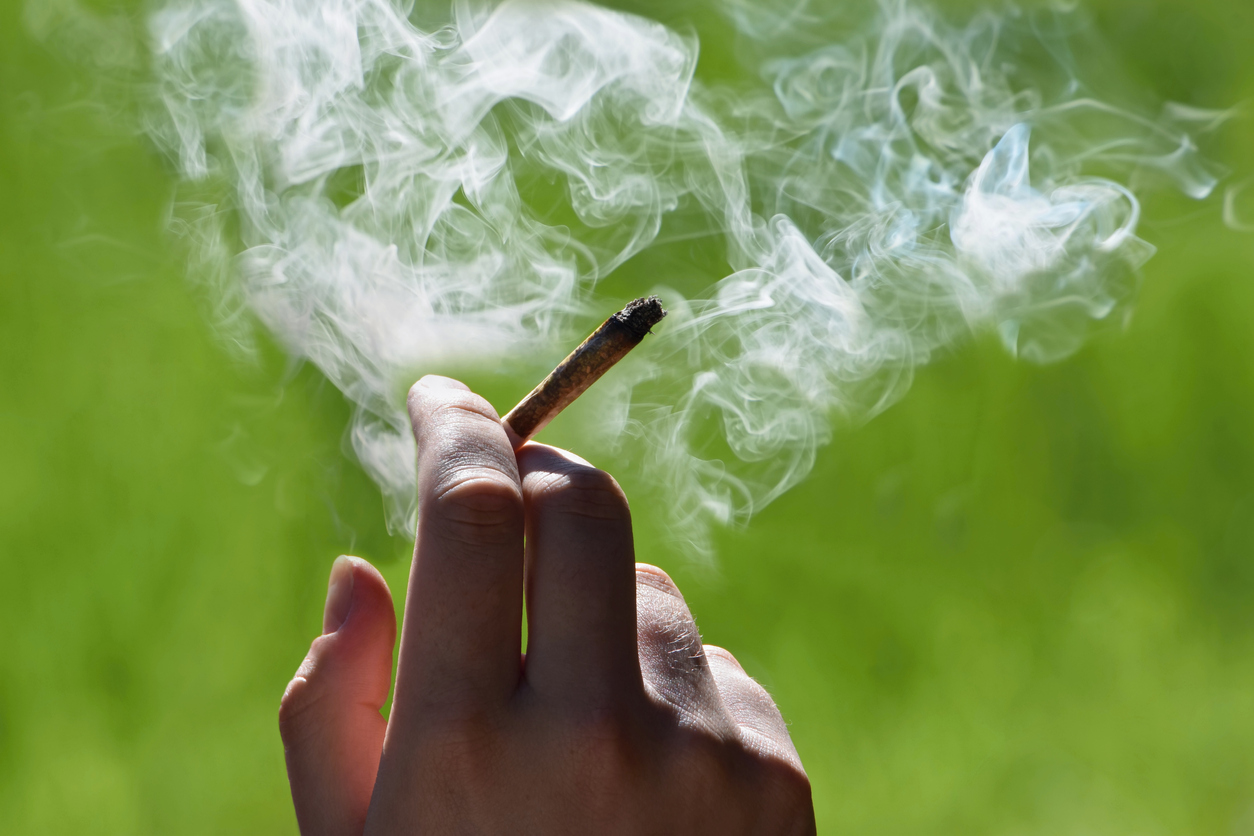 13 Jul Fentanyl and the Dangers of Recreational Use

Reports of opiate overdoses in Vancouver and the Fraser Valley are on the rise. One of the reasons is the drug Fentanyl, which has been appearing in street drugs more and more frequently. With this trend showing no signs of slowing down, it’s important to understand what fentanyl is, and why it’s being used to cut street drugs.

Fentanyl is an incredibly dangerous substance, and even some first-time users have suffered overdose deaths because they did too much with no opioid tolerance to mitigate the drug’s effects. Those who become addicted to the substance are running out of a clock that they may not even know exists.

Fentanyl is a dangerous substance when used improperly. There is actually no proper method of recreational use. If a person is not given fentanyl by their doctor, they are abusing it. When a person abuses a drug like fentanyl, they are gambling with their lives. Intervention and treatment need to be done as soon as Fentynal use is suspected. It is not a drug that we have the luxury of sitting back and waiting to see if the problem gets worse or solves itself.

Illegal drugs and problematic drug or substance use are not new in British Columbia. However, the opioid crisis has brought to light the devastating effects opioids (including Fentanyl) are having on individuals, families and communities across Canada. Fentanyl has been used recreationally since the 1970s, and it lately seems to be making it into the hands of more and more heroin dealers. This means that, in addition to those who simply abuse it as a medicine, there are also those who are going out of their way to acquire it when they do not need it at all.

So why add Fentanyl to street drugs in Canada? Simple. Because it’s strong, cheap and highly addictive. Addiction means more money for drug dealers. Cutting a drug refers to adding substances to a drug’s pure form in order to increase the amount of product a dealer can sell, therefore increasing profits. Fentanyl increases the potency of heroin, is easy to make, and is cheaper than heroin itself, therefore making it an ideal additive. The danger comes from unknowledgeable people mixing deadly amounts into other drugs, and then selling them to unknowing users, creating a situation in which the risk of overdose is incredibly high.

Explaining Fentanyl and Understanding What it Does 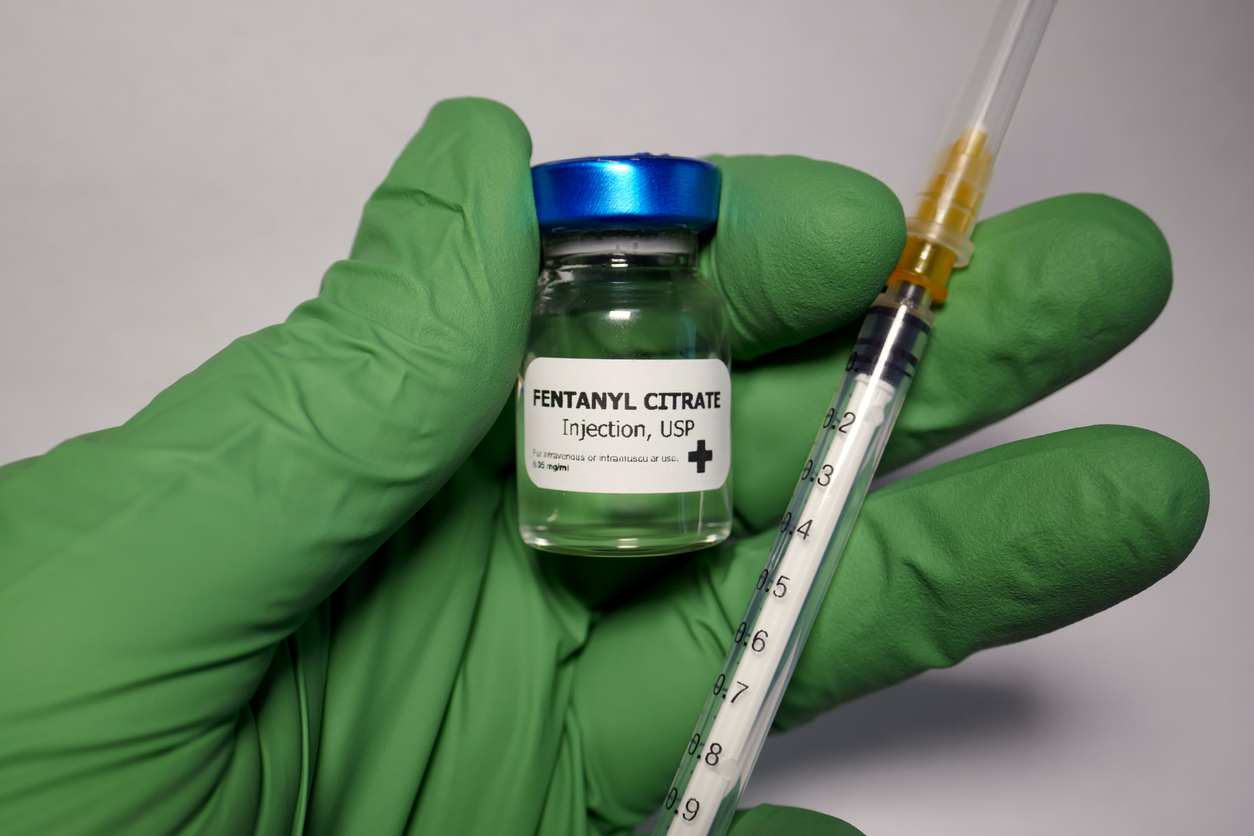 Fentanyl is a synthetic opioid that was originally synthesized to treat pain in terminally ill Canadians. The drug is up to 100 times more potent than morphine, meaning that when administered correctly, the recipient receives a very small dose in order to manage pain. Eventually, the drug was made into lozenges and patches, allowing the drug to reach the streets of Vancouver and the surrounding areas.

Vancouver’s street drugs have become tainted with fentanyl. This is leading to a high rate of overdoses and deaths. Fake pills are being produced using unknown amounts of fentanyl. As well, sometimes drugs that are made illegally may accidentally contain fentanyl when produced on surfaces and equipment contaminated with fentanyl.

Officials say that while the use of Fentanyl can be hard to spot, one way may be by examining the colour of the drug, due to the fact that Fentanyl is a bright white powder. The fact is most likely you won’t see, taste or smell fentanyl, and a few grains of the salt worth of fentanyl can be enough to kill you.

Fentanyl can be Divided into Two Categories

NPF is sold illegally for its very strong heroin-like effect. It is frequently mixed with heroin, cocaine, and meth to increase its euphoric effects often without the user’s knowledge. While NPF-related overdoses can be reversed with Narcan (naloxone) a higher dose or multiple doses per overdose event may be required to revive a patient due to the high potency of NPF.

The fentanyl that is mainly responsible for the opioid crisis in Vancouver is the non-pharmaceutical fentanyl, which is made in labs in China and smuggled into British Columbia. Non-pharmaceutical grade fentanyl is also being cut into illicit drugs such as cocaine, methamphetamine, heroin, marijuana, and even club drugs, resulting in countless accidental opioid-related deaths.

Who is Using Fentanyl in Vancouver?

Many of those who become hooked on drugs such as fentanyl are doctors and other medical professionals whose employment makes it easy to divert medicinal substances for recreational use. Opioids are powerfully addictive, and a lot of Vancouverites who have an opioid addiction began by taking prescription pain medication for too long or misused it. At this point, a fentanyl intervention and detox are needed.

The numbers tell us that… 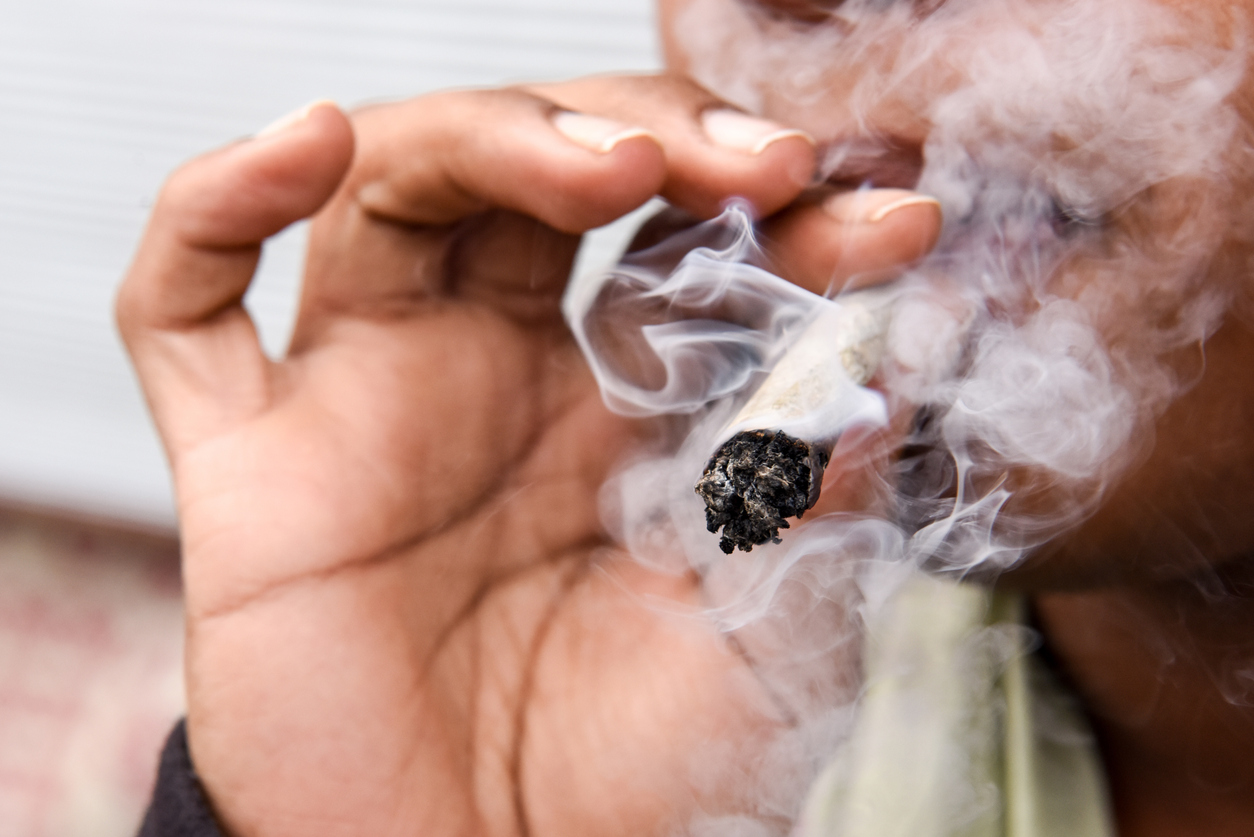 Fentanyl addiction is similar to any other opioid addiction. Individuals become physically dependent, requiring larger doses. The effects of opioids include relaxation, euphoria, pain relief, sedation, confusion, drowsiness, dizziness, nausea, vomiting, urinary retention, and pupillary constriction. Opioid drugs like fentanyl bind to the body’s opioid receptors found in the area of the brain that controls pain and emotion. Prolonged use of fentanyl causes the brain to adapt to the drug, diminishing its sensitivity. Eventually, the person taking the drug no longer feels pleasure from anything besides the drug.

When someone becomes addicted to fentanyl, drug use and drug-seeking behaviour take over. The effects of fentanyl include extreme happiness, drowsiness, nausea, confusion, constipation, sedation, problems breathing, and unconsciousness. Fentanyl is addictive because of its potency. In addition, people addicted to fentanyl experience severe withdrawal symptoms forcing them to remain on the drug to avoid withdrawal. They will need a detox and treatment program in order to recover.

What are the Signs of Fentanyl Addiction in Vancouver? 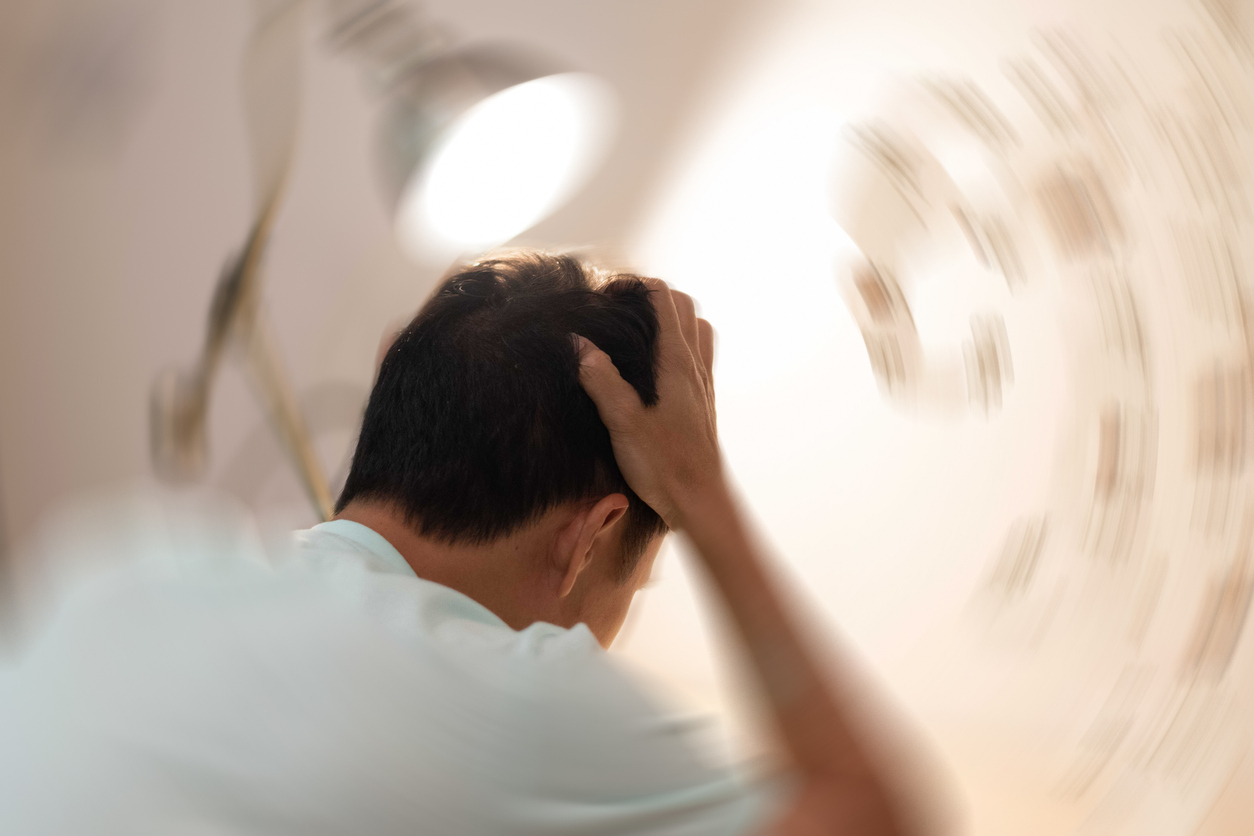 At Andy Bhatti Addiction Specialists and Interventions we can help you find the best possible fentanyl recovery program.  Fentanyl addiction requires proper detox, counselling, and therapy.  Often, these types of drug rehabilitation programs are long-term inpatient facilities, which is the best solution for any type of opioid addiction.  If you know your loved one in Vancouver or the Greater Vancouver area is addicted to fentanyl, you must intervene and get them to help immediately. There is a high risk for a drug overdose, and it can happen at any time because of the potency of fentanyl.

Fentanyl is an addictive drug and the only way for your loved one to stop using Fentanyl is to access treatment. This involves having access to trained medical staff to help navigate and offer support services throughout the detox and withdrawal period and the residential treatment process.

Not only will treatment help fentanyl abusers learn to deal with their addiction and the root cause of it, but a good aftercare program and/or a sober living facility will help prevent relapse and possible death if the user attempts to use too much while their tolerance is at a low. If you or anyone you know has been abusing fentanyl, contact us immediately. We just might be able to help you save a life.

Fentanyl addiction causes a powerful physical and psychological addiction. The average person addicted to this pain medication may not admit they have an addiction or accept help. Our interventionists in Vancouver and the Fraser Valley help families motivate their drug-addicted loved one to accept treatment and commit to drug rehab in Vancouver or elsewhere.

It is important for you as a family member to understand that you are dealing with a deadly addiction and you cannot rationalize or talk your loved one into stopping using opioids. No amount of love, concern or begging is going to override the addiction. It is far too powerful. We advise you to speak with one of our professional Interventionists and Addiction Specialists in the Greater Vancouver area today. We specialize in confronting and organizing professional fentanyl detox and rehab for your addicted loved one. It is never too early to intervene. As long as your loved one is still alive there is hope and recovery is always possible.

What Happens if Overdose Occurs Before the Intervention?

This is a dangerous situation and immediate medical attention is needed.  An overdose with fentanyl has the potential to become deadly.  Once they are being treated in the hospital and recover from the overdose, the family must not lose sight of getting them help.  Emotionally, this is a difficult time for everyone, and an overdose may not have resonated with the addict.  Our interventionists in Vancouver will help the family speak to the addict while at the hospital and convince them to continue detox and enter treatment in Vancouver. While at the hospital they will have received help with the withdrawal and become more stable. Honestly, this is a good opportunity to do the intervention, and everyone involved should stick with the plan. If they are going to treatment from the hospital, we will help with the transportation, and escort them to treatment.

Arranging an Intervention for Loved One Addiction to Fentanyl in Vancouver 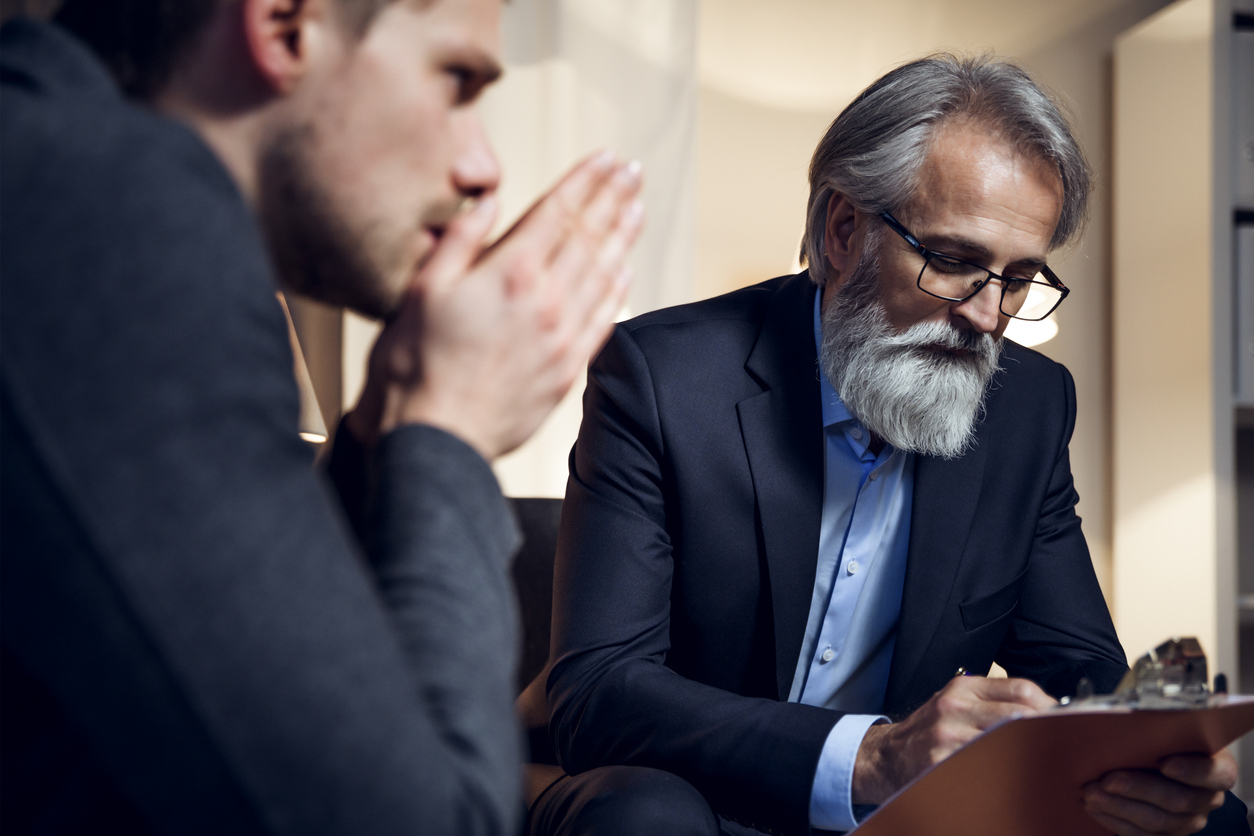 If you are seeking to arrange an intervention for a loved one due to addiction to fentanyl, prescription painkillers or other opiates, then contact us today. We have Addiction Specialists and Certified Interventionists available throughout Vancouver and the Lower Mainland standing by to help you and your loved one out of the darkness. All you need to do is call and or email us and that will get the ball rolling. We would be honoured to help you wherever you are in Canada. We’ve been arranging and leading interventions for alcoholism and all drug dependencies for close to a decade.

Whether it takes minutes, days or weeks for you or your loved one to accept professional help, we will support, educate and coach you each step of the way. Also, we don’t stop once your loved one accepts treatment during the intervention. We assist with aftercare planning, behavioural contracts and referrals for both the family and your loved one. You are not alone. There is always hope for recovery.  We look forward to serving your family.