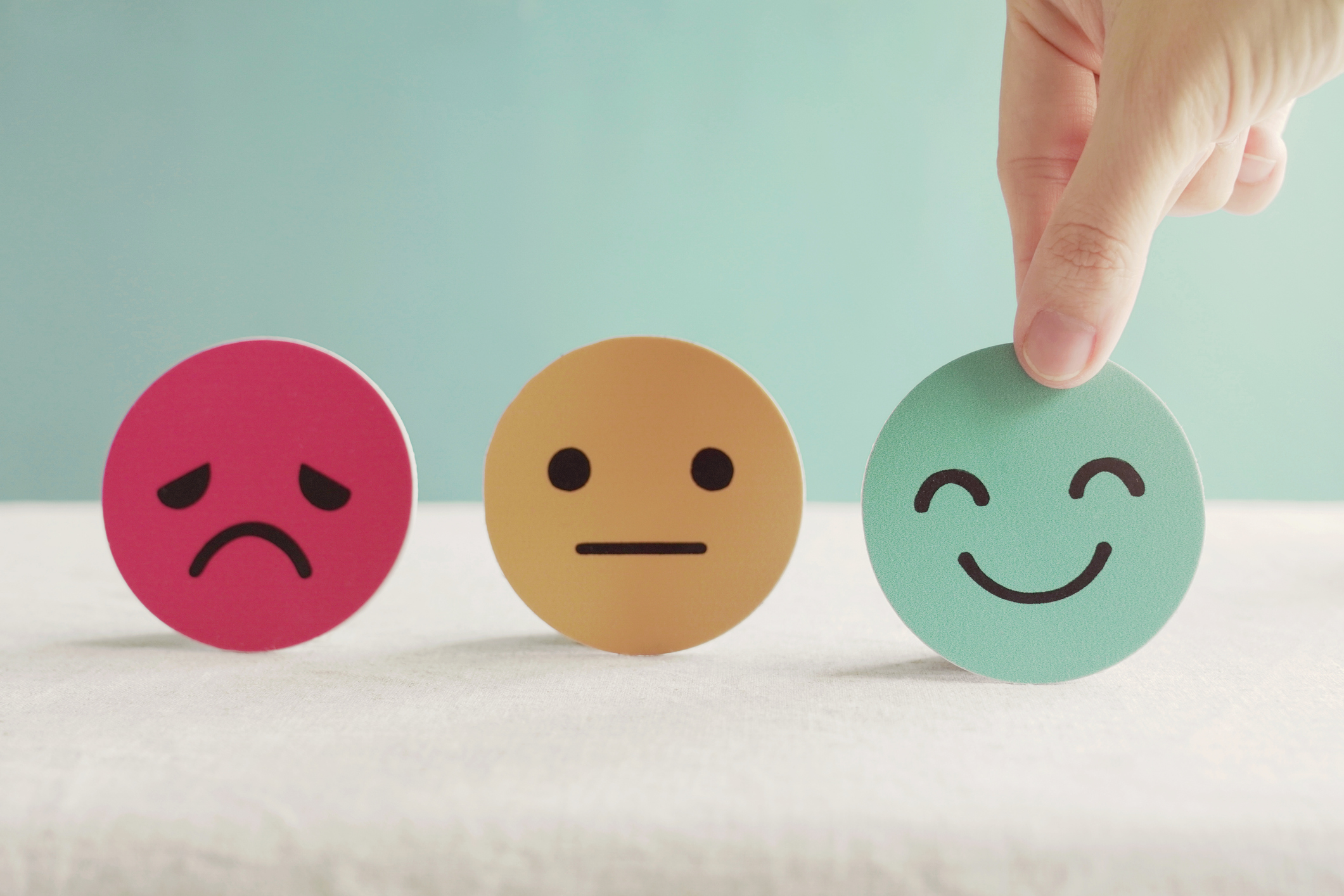 Mental health and mental illness affect us all. Did you know that 1 in 5 Canadians will struggle with mental health-related problems in their lives? Whether or not one is directly affected or diagnosed with a mental illness, the lives of those diagnosed cause a ripple effect to their loved ones – especially when a person is not properly diagnosed or medicated for an illness.

What Is Mental Health? 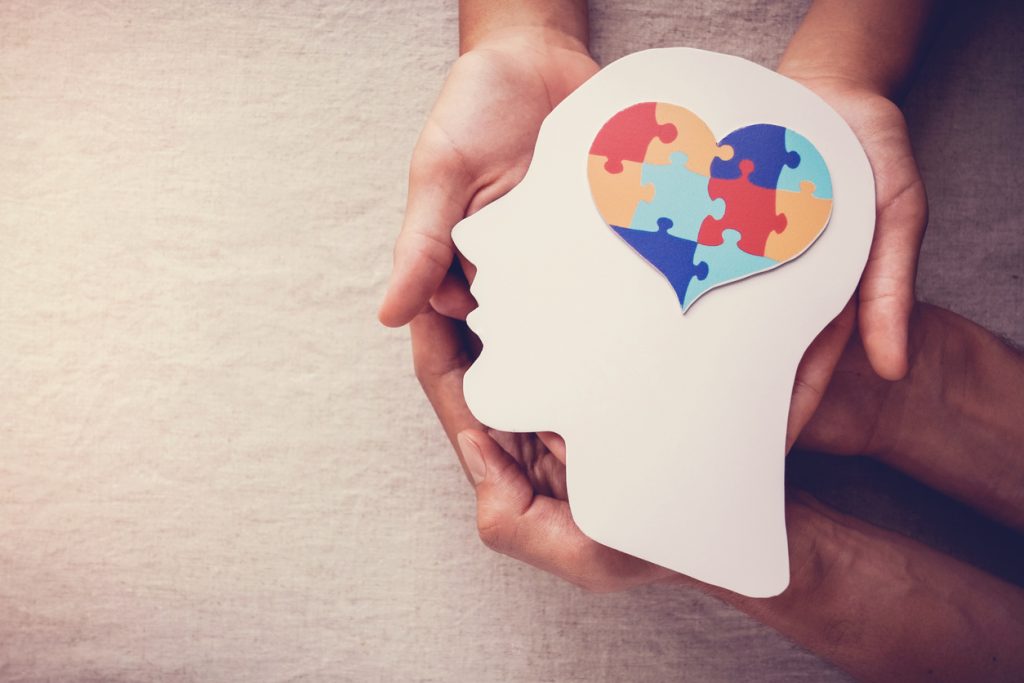 Depression falls into the category of mood disorders, which like the name suggests, affect our moods on a day-to-day basis. Depression is the most common of mood disorders, with 1 in 4 Canadians seeking help with coping during their lives. The signs of depression may be apparent – the person becomes lethargic, stops caring about personal hygiene, may experience job loss, difficulty in being social will become unkempt and non-responsive etc. The list goes on. However, depression can be equally dangerous as there can be no warning signs that a person is suffering. Oftentimes, people suffering from depression become suicidal, and without warning signs or a person reaching for help, they become at risk for committing suicide.

A bipolar disorder is when a person experience swings between depression and mania. There are two types of bipolar disorder – type one, and type two. Type one is more dangerous as the mania can include psychosis. When a person is manic, their thoughts are rapid-fire and often confusing. Their speech may become erratic, and oftentimes they will avoid sleeping for days on end, and are filled with energy. They will make impulsive decisions without contemplating consequences. When a person is manic they take on multiple projects and tasks. With type two bipolar disorder the mood swings are more rapid and less severe, but a person with a type one bipolar disorder can be at serious risk of harm to themselves or the people around them, especially with a manic episode presenting with psychosis. 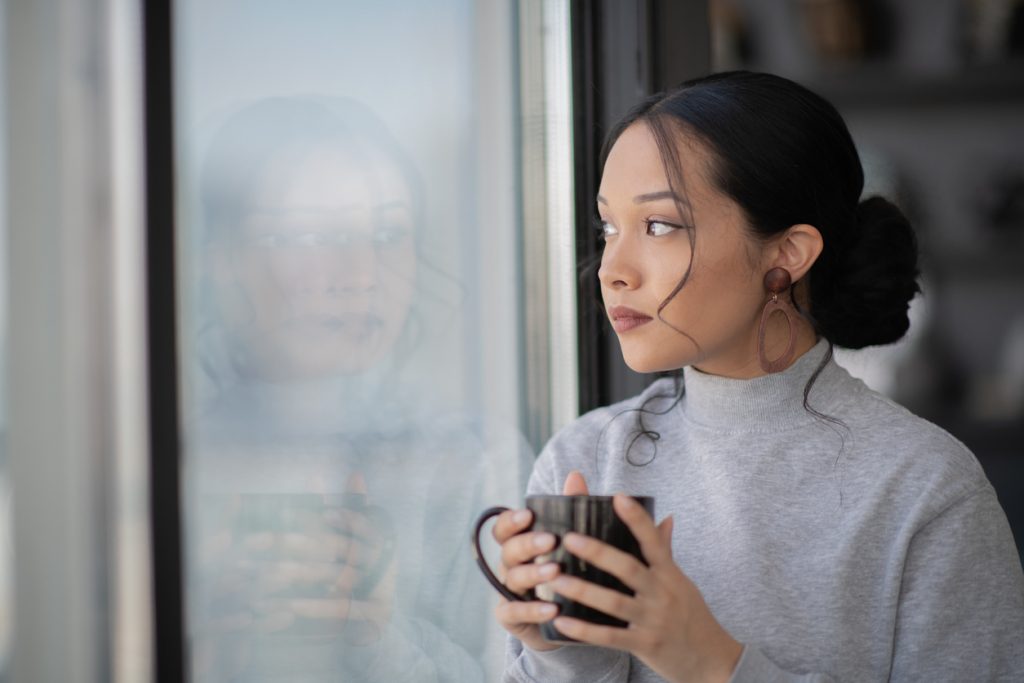 While anxiety can present with depression, it can come on its own as well causing sometimes crippling panic which appears to come out of nowhere. This is called a panic disorder and is common. When somebody has a panic disorder, they experience repeated and multiple panic attacks with no seemingly known cause. Panic attacks grip the person with sudden fear, tightness in the chest, nausea, inability to breathe, dizziness, and a sense of impending doom. Generally these last for 5 to 10 minutes, but can last longer. The sensation of anxiety can linger constantly in somebody with a panic disorder.

Phobias are the anxiety or fear of an object or situation. One of the most common phobias is a fear of spiders. While there are people who don’t enjoy spiders, somebody who is phobic will experience the full-body sensation of panic when exposed to a spider. Phobias can be completely irrational with no rhyme or reason to them, or they can be developed due to a traumatic experience.

Psychosis affects the way that our brains process information. Somebody experiencing psychosis is having a disconnection from reality and is unable to differentiate between what is real and what is not. Psychosis can manifest as hallucinations, irrational thoughts, imagined scenarios, and severe fears and paranoias.

Schizophrenia is a psychotic disorder characterized by bouts of psychosis – including a disconnect from reality, severe paranoia, delusions, disorganized and erratic behaviour and speech, and other terrifying symptoms. A schizophrenic commonly experiences either visual or auditory hallucinations to any extent and does not perceive these to be anything other than real. Schizophrenia tends to develop in teenage or adolescent years, often with the onset of puberty and is a lifelong condition that must be managed with proper medication.

While nobody knows the exact cause of narcissistic personality disorders, a narcissist will affect the lives of everybody around them. Typically narcissism affects men more than women. Narcissists hold themselves in higher regard than those around them – typically speaking down to those who they believe to be beneath them. A narcissistic personality is characterized by inflation of one’s ego and a sense of self-importance when the ego is truly frail. Inside, narcissists are insecure and tend to be moody and withdrawn.

Borderline personality disorder symptoms typically overlap with a type two bipolar disorder, and oftentimes these two disorders are misdiagnosed for the other. One study showed that up to 40% of people were misdiagnosed with bipolar type two, as opposed to BPD. Borderline personality disorder symptoms expand to include an irrational fear of abandonment, distorted self-image or sense of self, and black and white thinking (something is all-good, or all-bad).

Codependency is extremely common in relationships involving alcohol. Typically a codependent enables an addict’s behaviour. This can also occur in relationships without alcohol or drugs as a factor. A codependent person seeks out validation from those around them, having never been taught to find that validation within themselves. They often base their self-esteem on the esteem given to them by those around them. An alcoholic is typically drawn to a codependent, as they will allow them to continue with their destructive behaviour.

Bulimia is the second most common eating disorder, and this disorder is truly tragic. When a person is bulimic they will binge eat, which is followed by forcing themselves to vomit, or use copious amounts of laxatives, in order to purge their bodies of the food they’ve just consumed. Bulimia is dangerous for so many reasons – oftentimes purging is non-effective and the body will not lose the weight intended. Continual vomiting causes tooth decay, and dependence on laxatives can cause a host of digestive problems which take a long time for the body to recover from. Both bulimia and anorexia can cause menstruation irregularities and facial hirsutism in women, as well as brittle and frail hair and nails, and occasionally hair loss.

Post-traumatic stress disorder is the most common trauma disorder diagnosed. Initially, PTSD was something commonly diagnosed with war veterans who were returning home – after they had experienced traumas in battle. However, this diagnosis can be applied to any event which is deemed traumatic. People who experience PTSD can be triggered by certain sounds, smells, words, or scenarios, and may have flashbacks to the event that caused them fear. PTSD can be accompanied by incredible anxieties.

Kleptomania is the impulse to steal items, not out of necessity, but of some unknown impulse. Kleptomania is not the same as shoplifting. When somebody is driven to steal something, there’s usually reasoning behind it. With kleptomania, there is no reason – the person is simply driven by their impulses. Other impulse disorders can include pyromania, the sudden urge to light things on fire with no reasoning why.

Obsessive-compulsive disorder affects 1 in 50 people. When a person is obsessive-compulsive they are driven to certain actions they cannot rationally explain or understand. For example, a person may need to lock a door 17 times before bed before they feel safe. Or wash their hands a certain amount of times in a day, or have all of their food labels facing the same way – the list goes on and on. Obsessive-compulsive disorder can be managed, but once it begins affecting a person’s ability to navigate life, or they’re spending too much time in their days on their habits, rituals and routines, it becomes problematic. 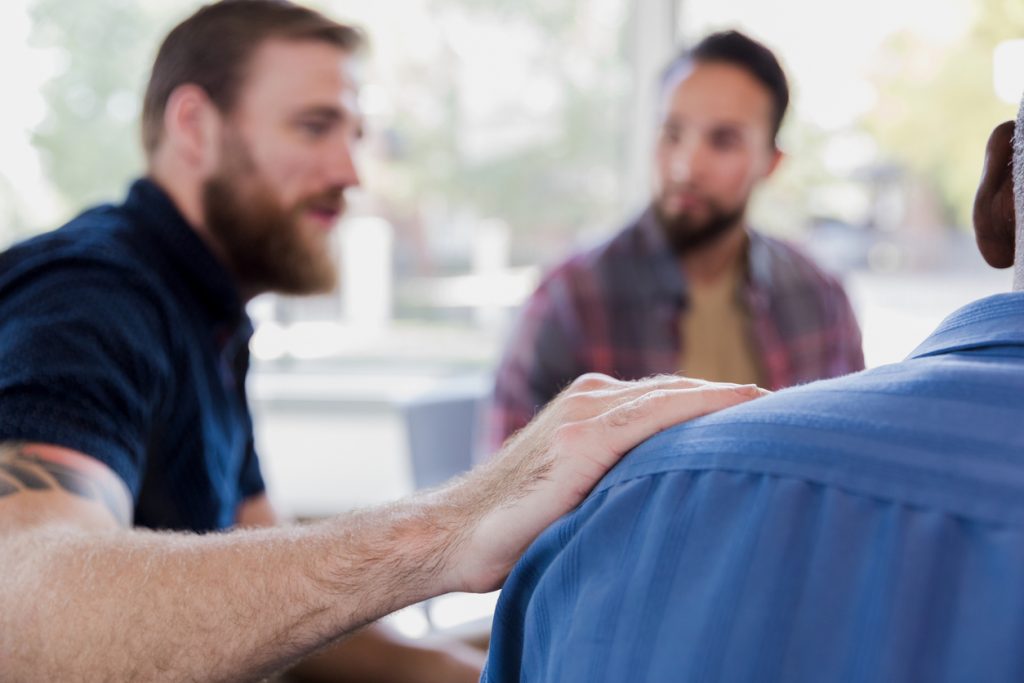 Alcoholism is characterized by a loss of control over drinking habits, binge-drinking, or drinking daily. Any of these can indicate a problem with alcohol. If left untreated, alcoholism can have destructive consequences, not only to the person suffering but to their loved ones. While it may not seem like it, alcoholism is defined in the DSM-V as an ‘alcohol abuse disorder’, and is a mental health illness.

Similarly, drug addiction also falls into the category of a substance abuse disorder as defined by the DSM-V. While addiction typically stems from an inability to cope with the reality around the user, more people are predisposed to addiction through a perfect storm of environmental and genetic factors, as well as outside influence and availability of substances. Despite the underlying drug addiction, treatment options are available.

What Are Some Common Mental Illness Misconceptions? 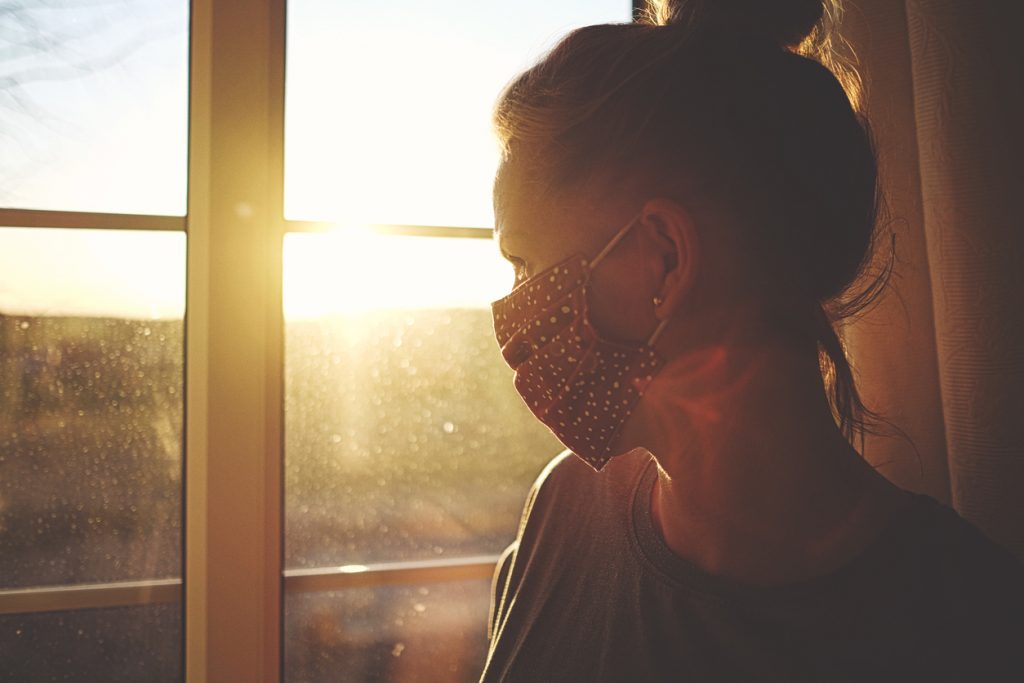 Mental illness can be caused by a multitude of factors. There are certain mental health conditions that are genetic, such as bipolar disorder and schizophrenia. Other behaviours are learned or caused by traumas, such as OCD, PTSD, or obsessive-compulsive disorders. Depression, anxiety, panic disorders and other mood disorders are commonly caused by a hormone imbalance. If a person lacks serotonin, dopamine, or oxytocin, they may experience depression, whereas somebody who’s body is creating too much adrenaline may experience anxiety. These disorders may also have no underlying physiological cause and can be purely psychological and emotional as well.

Due to so many common misconceptions of those who struggle with mental illness, it is imperative that we bring awareness of mental health disorders to the surface. Awareness is key when it comes to stomping out the stigma that people with mental health illnesses are different than you and me. The truth is the majority of people will struggle at some point in their lives with symptoms of mood, trauma, personality, or substance abuse disorders – or our loved ones will.

In 2021, CMHA will be celebrating their annual Mental Health Awareness Week. Here are some ways you can get involved in destroying any negative stigmas surrounding mental illness in Canada in 2021.

Oftentimes these medications will ease the symptoms one is experiencing mental illness. It can take a few different types of medications to find one that is the most effective to you – each person’s body chemistry is made up differently, and some medications may affect you differently than they would another person. Don’t give up hope though! Medication use can be the crucial step needed to take to begin your recovery process.

Typical therapies that are the most effective for mental health disorders are:

Like medication, different types of therapy can be more effective depending on each person and their response to the therapy being given. Your mental health professional can work alongside you to get a regime of medication, therapy, and lifestyle changes to maximize the effectiveness of your treatment plan for your diagnosis. No medication or therapy is a blanket for any diagnosis. Each treatment plan must be curated to an individual’s needs.

If you or somebody you know is struggling with the symptoms of a mental health illness, including alcohol or a substance abuse disorder, our team at Andy Bhatti can help you get your life back. If your loved one is suffering, we offer intervention services in Canada for drug addiction and offer mental health services support and resources country-wide. Our team is trained in interventions and ensures you get placed with the appropriate aftercare support that you deserve to make a full recovery and provide you with help for your mental illness disorders.

Contact us today and learn how our team can help you.