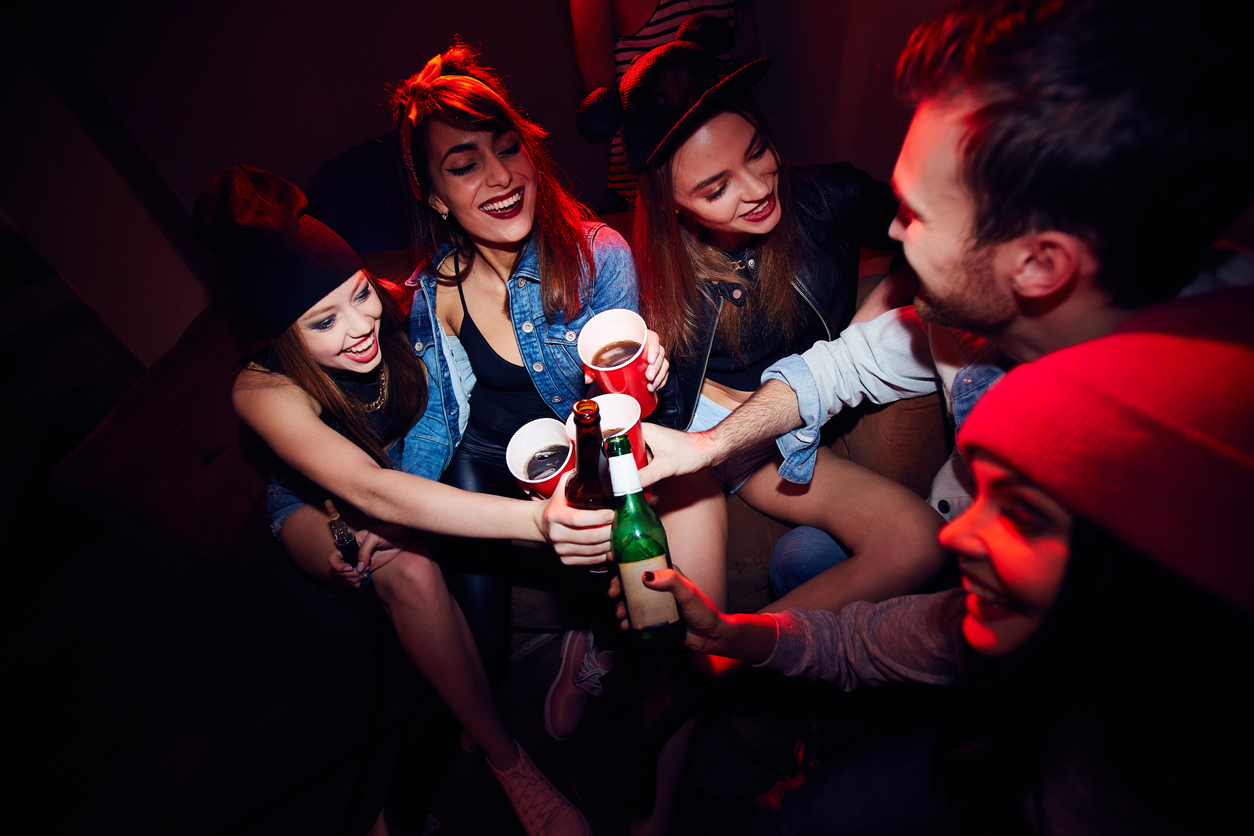 18 Nov The Impact of Peer Pressure & Partying in Alberta

Peer pressure is recognized as one of the strongest causes of juvenile delinquency and adolescent substance use.

And this makes them especially vulnerable to peer pressure that incites drug or alcohol use.
There are many reasons teens use alcohol or drugs, including:

Most teens are introduced to drugs and alcohol as a form of “partying,” and there are very few teenagers who are not tempted by the promise of a good time.

Adolescence – A Time of Self-Discovery

Adolescence is a time when we are figuring out who we are, how strong, smart or brave we are. And this is the reason that teenagers push the boundaries of what is reasonable or safe. A recent study funded by the National Institute for Drug Awareness found that teens driving with their friends in the car were more likely to take risks, such as speeding through yellow lights. The brain activity of teen drivers was monitored during the study, and revealed that the regions linked with reward were activated when they knew their friends were watching, and especially when they made risky decisions that increased a sense of danger.

It’s a primal response that may have once been explored through hunting, or physical ability.

In addition to figuring out who they are, adolescents are also trying where they fit in society, and which group of people they should hang out with. At this stage, it can be difficult for a teen to refuse drugs or alcohol offered by members of their group, in case the other members of the group exclude them, and make them feel like an outcast.

Today, perhaps more than ever, teenagers are exposed to the message that “partying” is what all the cool kids should be doing, as much and as often as possible. The shame attached to being drunk or using drugs has been removed. According to a report from CBS News, 75 percent of teens from ages 12 – 17 who saw their peers “partying” on social media were more likely to do the same, because they are also influenced by the fear of missing out on all the fun and appearing “lame.”

In addition to pressure from social media, television and film often portrays celebrities drinking more alcohol than would be possible in real life, which sets up unrealistic expectations on what is considered acceptable alcohol consumption levels.

And unfortunately, in many teens’ lives substance abuse is a common occurrence within the family, making it more difficult for them to stand against the peer pressure to succumb to habitual substance use.

The Positive Power of Peer Pressure

The good news is that, even though peer pressure can incite teenagers to make the wrong choices, it can also work in the opposite direction. By making sure teenagers are in an environment where drugs and alcohol abuse is not accepted, the peer pressure to abstain from substance abuse may keep them on the right track.

Teenagers who have been admitted into a treatment center for substance abuse may find they can make connections with a new set of peers who encourage positive behavior and help them avoid relapsing. If they are surrounded by sober teens who have new interests, it will be easier for them to stay sober and establish new habits. And if they make new friends they will be more able to avoid contacting their old friends, old hangouts, and old habits.

They will find new ways to have fun and interact without using alcohol or drugs.

If you are concerned about the “partying” habits of a teenager, don’t wait until it’s too late to get help. Call an interventionist and let them talk to your teenager about the serious problems of drug and alcohol addiction.