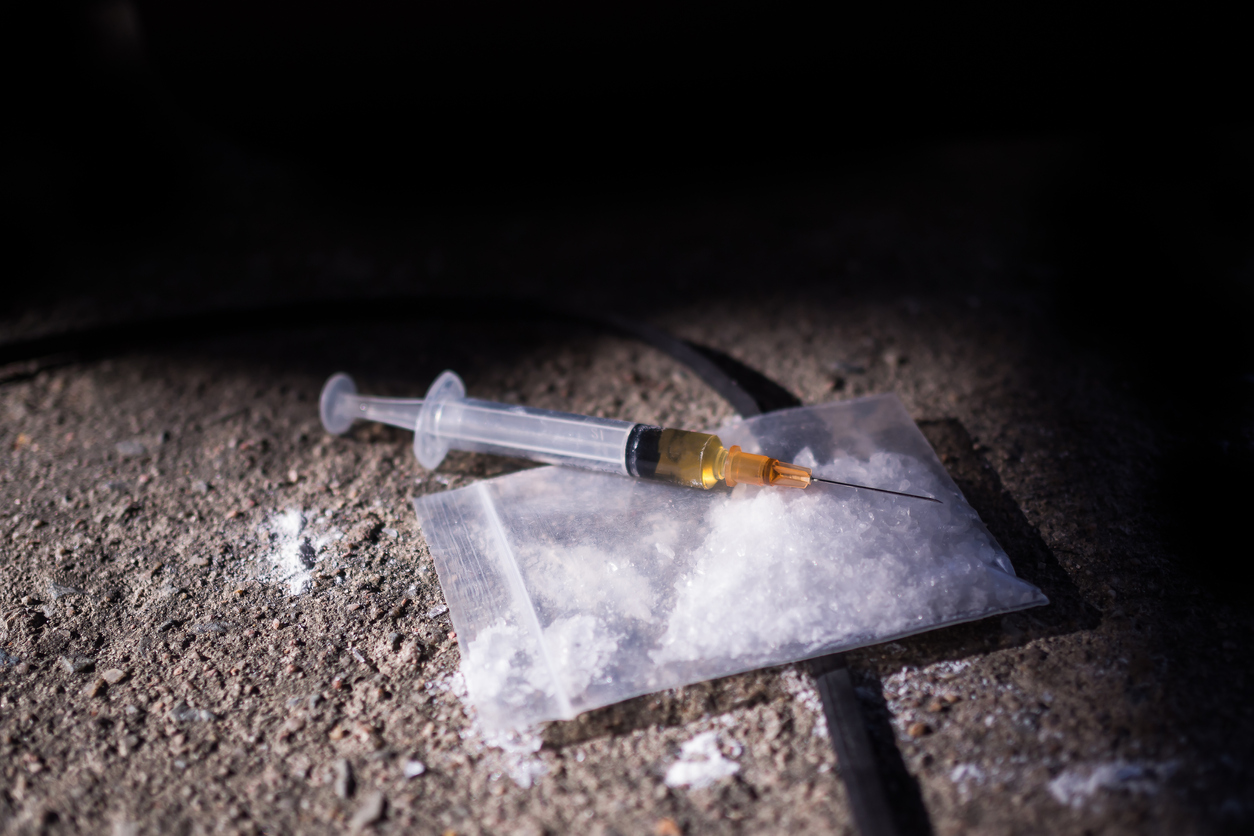 Addiction is an affliction that affects Canadians all across the country. Crystal meth addiction is no exception.

Although according to a study on methamphetamines done by the Canadian Centre on Substance Use and Addiction in 2020, Canada has a fairly low rate of amphetamine users in comparison to some other Western nations, it still affects many in the country.

As laid out in 6 Facts on Drug and Alcohol Addiction Statistics in Canada, meth use increased from 2013 to 2018, with some regions reporting an increase of triple for those who use methamphetamine seeking help from treatment or harm reduction services.

But what is crystal meth exactly, other than an illegal drug? How does it differ from meth or amphetamines? What are the risks involved with using it? What does treatment for addiction to it look like?

What is Crystal Meth? 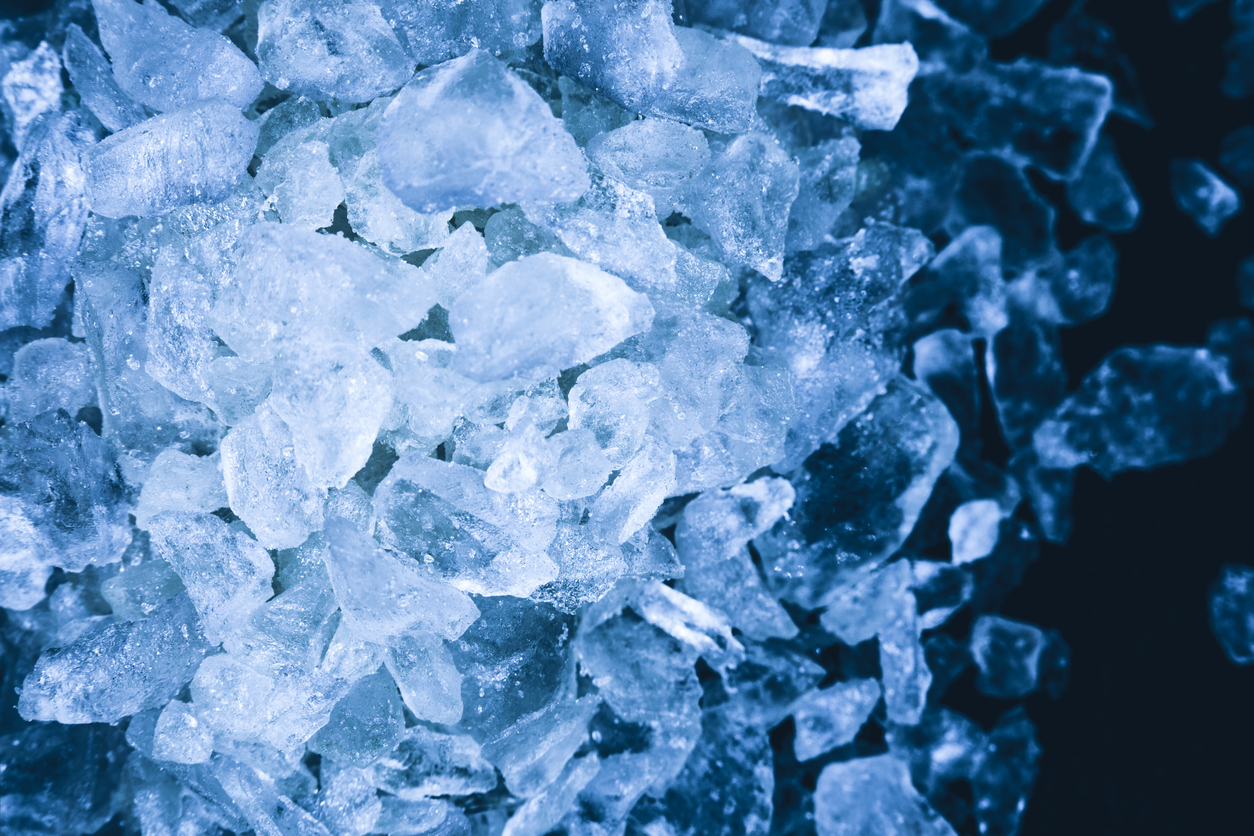 Crystal meth is a particularly potent type of stimulant methamphetamine (or meth). A stimulant sometimes referred to as an “upper”, increases activity in the body, specifically in the central nervous system. It’s these types of drugs that are associated with a short-term feeling of euphoria, followed by a “comedown,” and crystal meth is no different.

As the name suggests, crystal meth looks like small white, blue, or clear crystals, rocks, or bits of ice. It’s almost comparable to the look of table salt but in larger chunks.

Despite the euphoric feeling it gives, crystal meth drugs are dangerous – and not just for their addictive properties, but also because of what’s in them. Unlike some other drugs, like marijuana, which are derived from plants, meth is man-made in (typically) illegal laboratories. The crystal meth drugs’ primary ingredients include ephedrine and pseudoephedrine – ingredients commonly found in cold medicine – however, meth is often combined with harmful household chemicals. Some of the household products used include battery acid, drain cleaner, or antifreeze.

Fentanyl, an opioid used as a pain medication but dangerous when taken recreationally, can also be combined with meth, creating a potentially deadly cocktail.

How Long Does Crystal Meth Stay in Your System?

Once you’ve taken it, you will begin to feel the side effects of crystal meth in mere minutes (exactly how long depends on how the drug was taken – injected will be felt quicker than smoked). Claims on exactly how long the high lasts vary, but some say it can be up to 24 hours. However, the drug can be detectable in your system for several days. The exact length depends on several factors, including how much you ingested, how often you use the drug, and how well your body metabolizes it. Although some claims vary, it seems meth is typically only detectable in your blood and saliva for up to three days, in your urine ranging from a couple days to over a week, and in your hair for up to 90 days.

Meth and crystal meth are often used synonymously, but they are not quite the same thing.

Meth (or methamphetamines) come from amphetamines, which are drugs used to treat ADHD. In the United States, methamphetamines are used (though very rarely) for the treatment of this disorder, too. However, they are illegal in all forms in Canada.

Crystal meth is a distilled type of meth, making it the most “pure” and potent type. This means crystal meth has a more intense “high” than other forms of meth, which could make it more addictive.

There are differences in the ways meth vs crystal meth looks, the intensity of the high and how they are ingested, as laid out in the table below.

Crystal meth is a dangerous and addictive drug. The initial high or feeling of euphoria that it creates is followed by a crash or a “comedown” in which the one who uses crystal meth may feel depressed or very low in spirits. Those who use crystal meth will build up a tolerance to the euphoric crystal meth effects over time, causing them to use more and more to achieve the desired high, and putting them at higher risk for overdose. 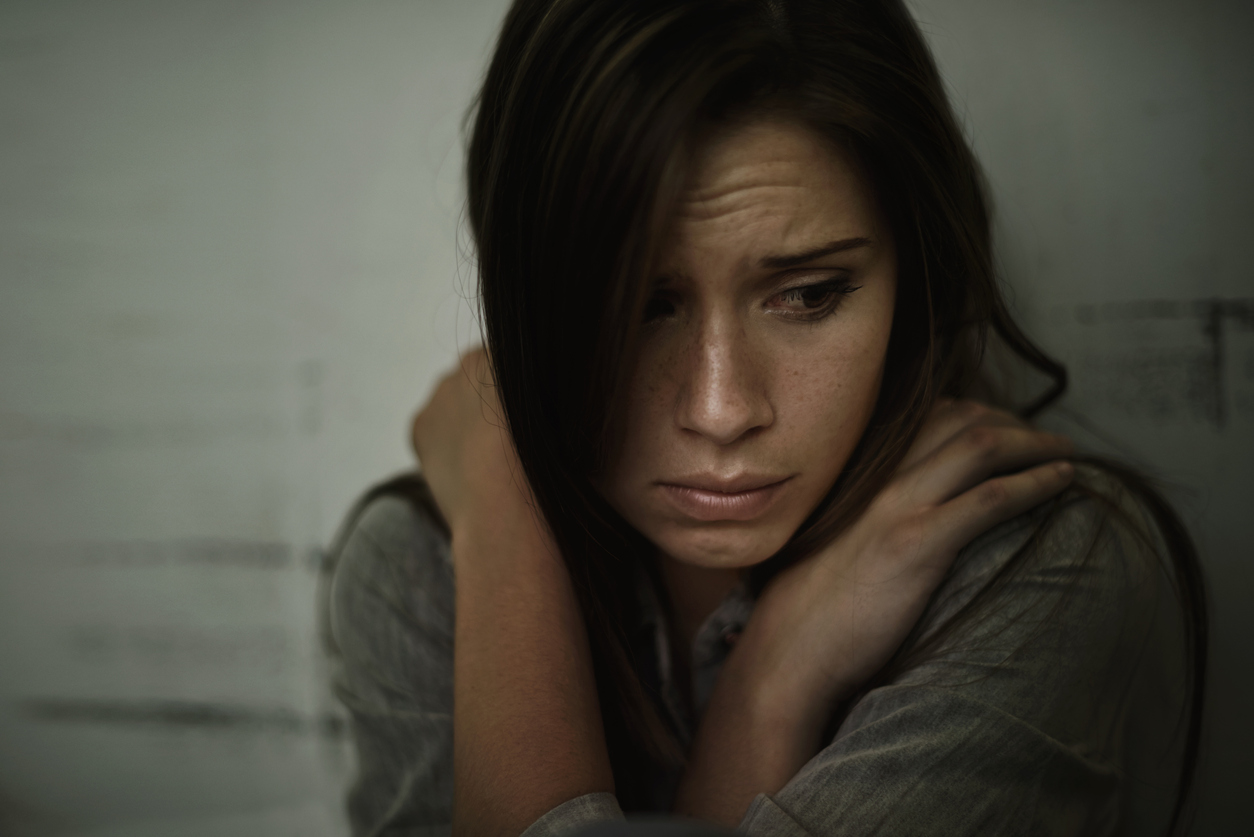 If you suspect someone you know is using this drug, look for long and short-term symptoms, including

Short-Term Side Effects of Crystal Meth

Short-term side effects of crystal meth are those felt while you are experiencing the drug. They can include:

Long-Term Side Effects of Crystal Meth

What Does Crystal Meth Do?

As a stimulant drug, crystal meth increases activity in the central nervous system, increasing alertness, focus, heart rate, blood pressure, and sleeplessness, as described in the Comprehensive Guide to Addiction and the Brain. In the initial high, it causes a rush of dopamine, which is what creates that initial feeling of euphoria. However, that feeling doesn’t last and will be followed by a comedown.

The way that crystal meth affects the user is in stages, as outlined in the table below. 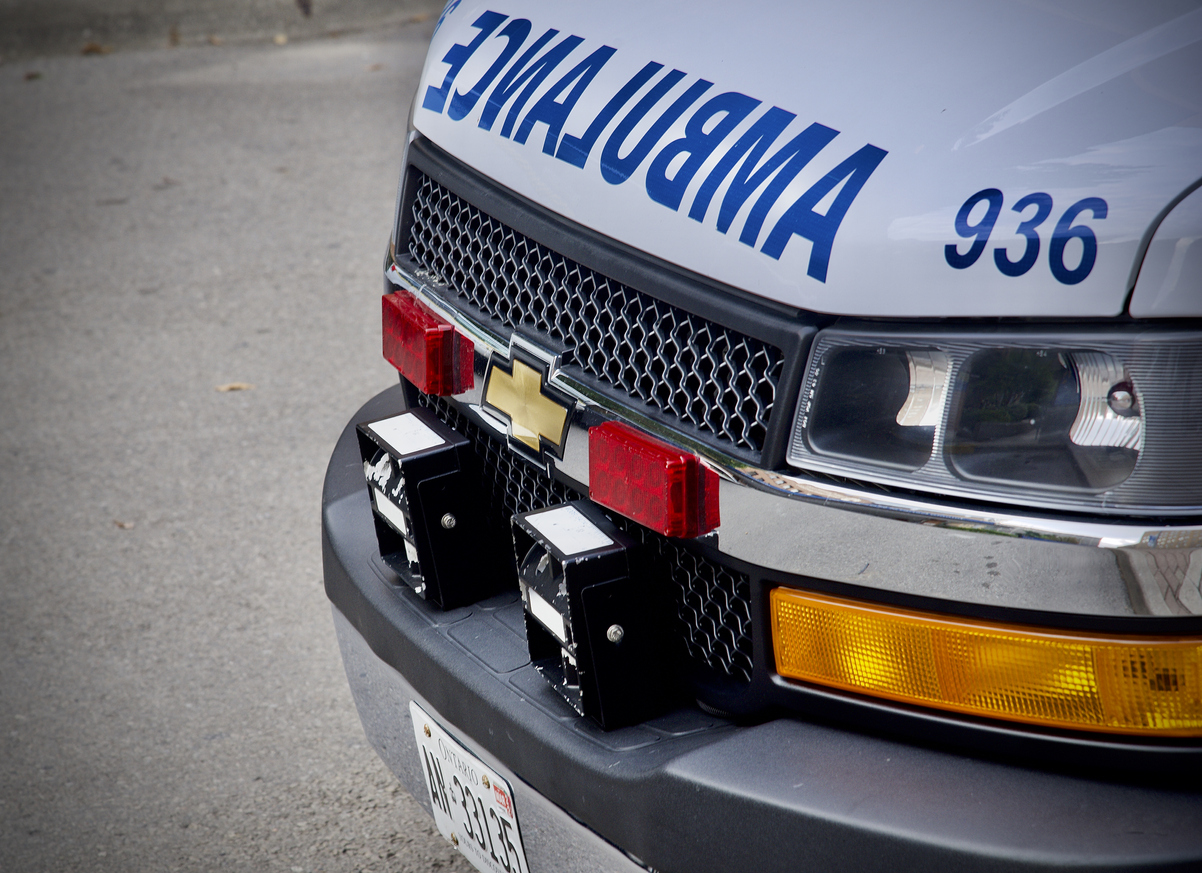 There are two types of meth overdose, acute and chronic. Acute overdoses are often what people think of when they think of overdose. It happens from a single use of too much of the drug. Chronic overdose is what happens from drug use over time.

Crystal meth overdose is a medical emergency that is potentially fatal. If you suspect someone has overdosed, call 911 immediately.

Symptoms of an overdose can include

Medical professionals can intervene, so the one who uses crystal meth can receive meth overdose treatment. However, even with medical intervention, overdose can cause long-term damage to the body, especially if the user experienced other issues such as a heart attack or stroke due to the overdose.

There is no medical prescription for crystal meth overdose. But, because meth is sometimes combined with fentanyl, naloxone can be used. Naloxone is used to treat fentanyl overdoses. It will not help if the overdose was not caused by the opioid, but it’s unlikely to hurt, either.

Withdrawal is what happens to someone who is addicted to a drug, in this case, crystal meth, after the drug has left his/her system. Effects can vary, but general symptoms of meth withdrawal can include:

There is no specific drug that can help with meth withdrawal. However, there are drugs that can help alleviate some of the symptoms. It is best to talk to a medical professional about what is best for you to use. 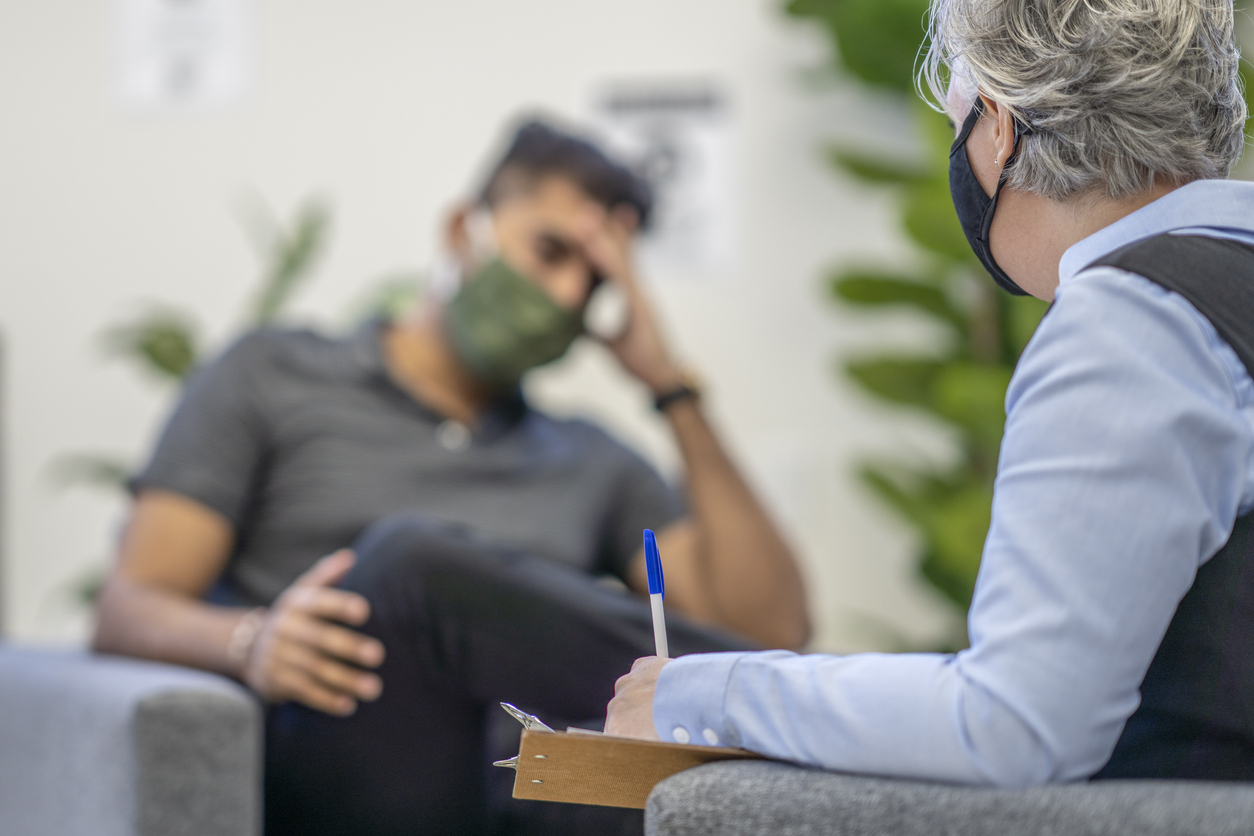 If you suspect a loved one or someone you know is using or addicted to crystal meth, you and/or a group of people who love and support the user can stage an intervention.

Interventions can involve only loved ones, but to properly stage an intervention, it’s recommended you seek the help of a professional who can meet with the family or support system of the one who uses crystal meth to discuss treatment options and benefits.

Crystal meth rehab or rehabilitation encompasses the programs, groups, and plans someone who’s addicted to crystal meth will go through to get clean and remain drug-free. There are many different aspects to consider when deciding on what plan of action to take for rehabilitation, like how long he/she has been using crystal meth, the severity of the addiction, and the outside life of the user. There are inpatient options for more severe cases, where patients will typically stay at a treatment center for 30-90 days. If a patient has a less severe addiction and has work or other obligations he/she must keep up with, there are outpatient options as well, where treatment can be based around his/her own schedule and the patient can sleep in his/her own bed at night.

Detox is the process of the body ridding itself of the substance hurting it – in this case, crystal meth. Those who use will go through withdrawal during the detoxification process. Because of this, it is recommended detox happens at a designated center, where the safety of the patient going through withdrawal symptoms can be ensured.

Whether in a government-funded or private treatment facility, there are 3 main types of treatment for drug addiction, as outlined in the Drug Addiction Treatment in Canada – Guide & Resources:

Although there’s no specific drug for crystal meth addiction or overdose, medication can be prescribed to handle different withdrawal symptoms (as with detox treatment), as well as any behavioural or mental health disorders that can precipitate or be precipitated by drug use. Someone going through treatment should discuss with a doctor or medical professional about what medications he/she should take given his/her symptoms and medical history.

Getting treatment for an addiction is not just about treating the physical ailments that go along with it. Typically, a user will also have some form of counselling, either in a group or privately, to address the underlying issues and change his/her behaviour towards drugs.

One of the recommended types of counselling includes Cognitive Behavioural Therapy (CBT), which focuses specifically on addressing those underlying conditions, attitudes, and thought patterns and developing new coping strategies instead.

Long-term follow-up happens after the one who uses crystal meth is finished with his/her initial treatment program to help ensure there is no relapse.

As much as 79% of meth users relapse. That’s why it’s important to have a plan in place for long-term success.

Long-term plans can include things such as counselling, support groups, and lifestyle changes (like exercising, avoiding triggers, etc).

If you or a loved one is looking for more resources relating to drug addiction treatment, read the Top Addiction Resources You Should Know About. 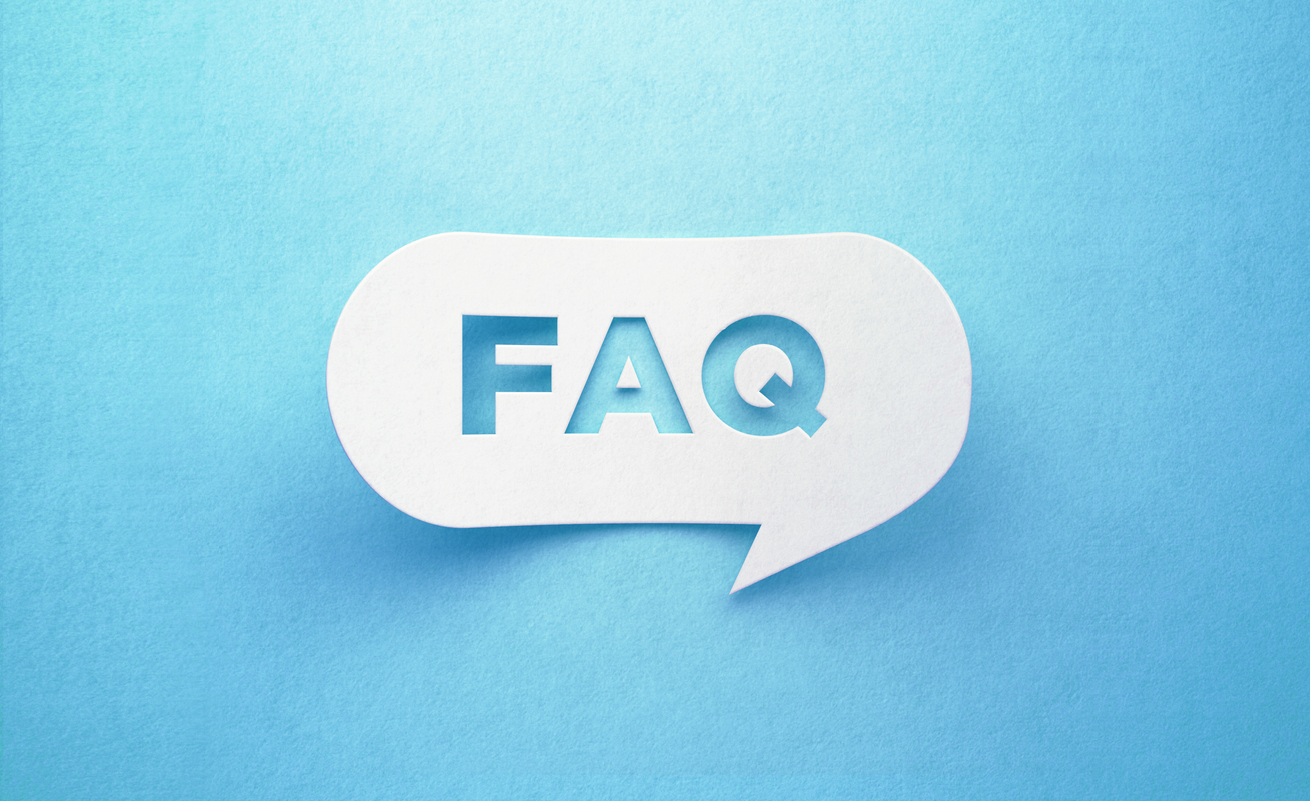 How do you get a crystal meth addiction?

Addiction happens when a user depends on the substance to function. Crystal meth causes such an intense, euphoric high that those who use will use more and more as they build a tolerance to achieve that same euphoric high. Over time this causes dependence, or addiction, although, there have been claims that crystal meth is so potent, it can cause addiction in some after only one use.

Addiction can also depend on a variety of factors, including genetic and environmental.

How do you help someone with a crystal meth addiction recover?

If you want to help someone with a crystal meth addiction recover, begin by calmly and supportively discussing the issue with him/her. Make sure he/she knows you support him/her. Addiction can be a sensitive issue so it’s important he/she knows that you are there for him/her and want to help. Discuss treatment options with him/her.

Depending on the behaviours and stability of the person using, it may be best to complete this step with the help of a professional in the form of intervention. Or perhaps, have a more formal intervention after this step.

How do you get treatment for crystal meth use?

To get treatment for crystal meth use, you should enlist in a rehabilitation program, including at a hospital or treatment center. You can speak to your doctor about your options, and/or a referral to the right program for you. You can also contact substance abuse hotlines or addictions services for counselling and advice on the next steps.

What are crystal meth treatment centers?

Crystal meth addiction can be a sensitive issue that seriously impacts the quality of life for those who use, and those around them.

If you or someone you know is using or addicted to crystal meth, the above information can act as a guide to begin understanding crystal meth addiction and its intricacies.

Continue to help you or your loved one and contact Andy Bhatti to discuss intervention or treatment plans.

what is crystal meth